For several weeks now, I’ve been waiting for a day when the weather forecast and my diary were in some form of alignment. With the Met Office forecasting mere gales with only a ‘low’ risk of severe wind chill (rather than last weeks storms and torrential rain) and a possible sprinkling of white stuff, today seemed a good bet. 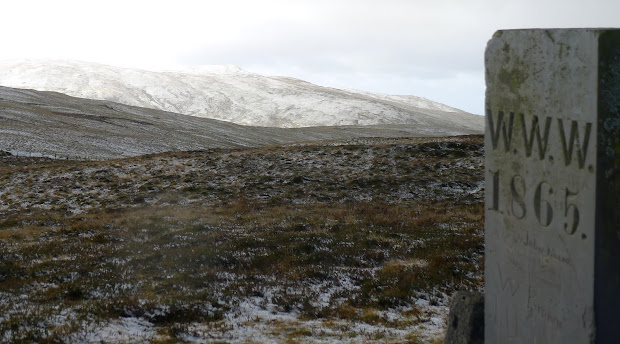 I set off for Plynlimon with an encouraging heavy frost on the ground, and only a few patches of black ice on the road. Given the marginal conditions and limited daylight, a hill close to home had seemed a good idea, and an approach through the forestry from Rhyd-y-bench would keep me out of the wind for some of the ascent.

The Severn Way follows the nascent River Severn, now heavy with rain, up over numerous small waterfalls and rock steps. It’s a great place to bring kids in summer, but the river is a lot less impressive then. 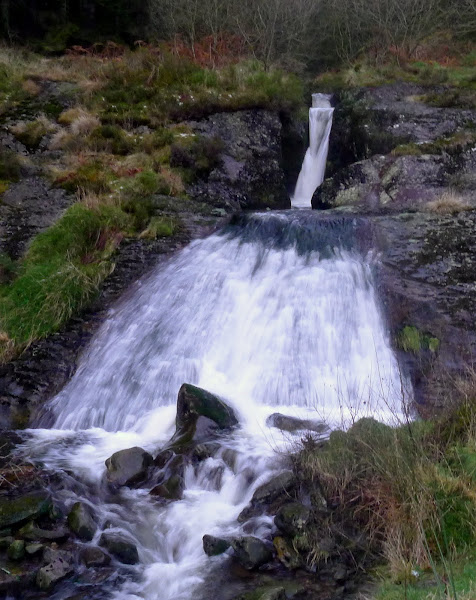 Climbing out through the recently felled upper sections, the hills above were sparsely coated with white, but the ground was nowhere near frozen, with ice just starting to form on a few of the puddles. 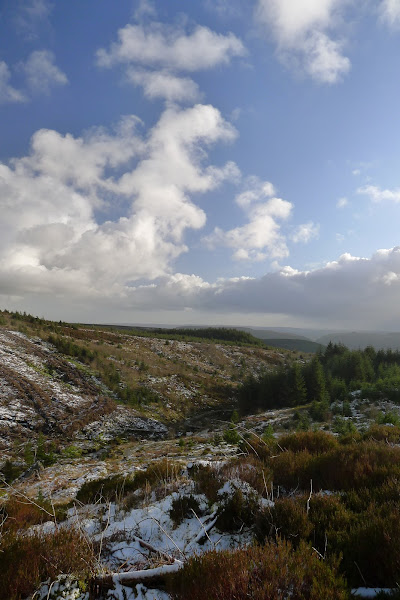 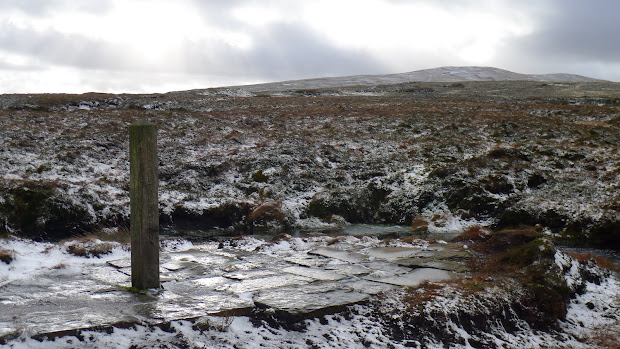 I took the main path to the source of the Severn, handily marked by a large wooden post, and the onto the boundary marker and cairn just beyond. From here you can see across the Hengwm valley to the hills beyond, and today the visibility was good enough to see Cadair Idris. More importantly, I also could see a large dark cloud heading rapidly towards me: I expected rain or snow, but got neither: Hail, carried by a 40MPH wind, is rather like being sandblasted by frozen peas. I tweaked my hood and buff to reduce the available target area and headed on into the wind towards Pen Pumlumon Arwystli.

I ducked into the windshelter scooped from the top of one of the ancient cairns to fix lunch and a coffee, but the freezing temperature and near-empty gas cylinder I’d brought meant that the water took ages to boil. I’d planned to head on to Pumlumon Fawr, but given the wind – and yet more black clouds heading my way – decided to head back instead. The snow caught up with me just as I reached the shelter of the trees, but didn’t last long.

The walk back down through the forest was pleasant, reinforced by a mince pie kindly offered by a large group out with their dogs. A lot of the lower-lying snow had melted, and the forecast seems set for rain again. 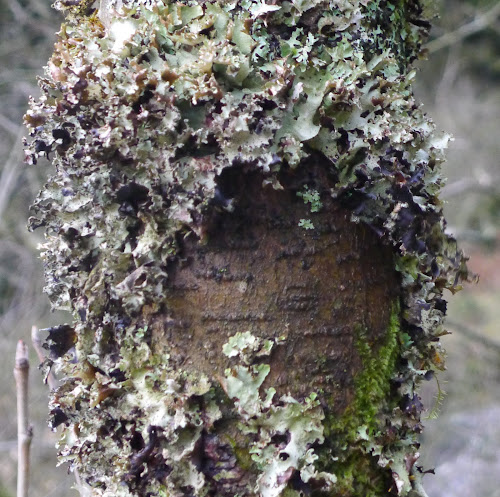 One thought on “Blowing away the Cobwebs”