The met office forecast had sounded so promising for an inversion – low level hill fog, but higher summits over 800m should be clear.  Driving up to the pass from Llangynog the fog was certainly thick. and it cleared just at the top of the pass, rolling off the surrounding hills. Things continued to be promising as I drove past Cerrigydrudion, with the thermometer reading just 1°, and frost thick on the ground.

But, by the time I reached the gated road into Cwm Eigiau the fog had gone, with some cloud hanging high over the ridge at the far end of the cwm. 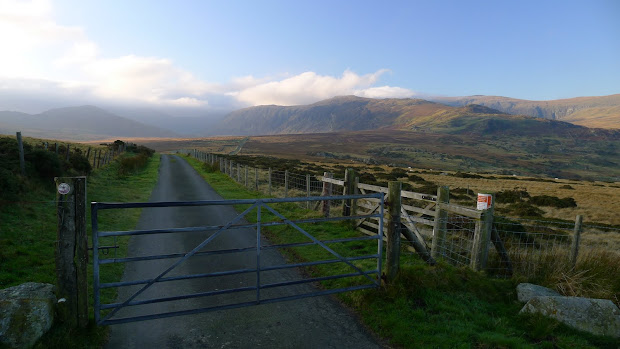 I took the path NW from the parking, and headed round the end of the ridge before cutting up onto the crest and following the wall to Craig Eigiau. the glacier-smoothed rocky rib at the summit is a pleasant change from the shattered rock on the higher Carneddau peaks  – a sign that they remained above the glacial ice. 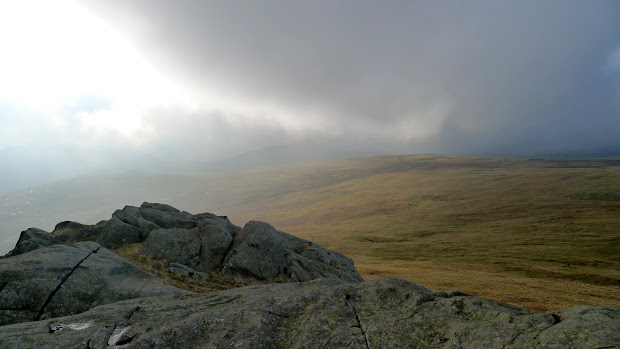 From here, there’s a large plateau that leads onto the broad ridge between Carnedd Llewellyn and Foel Grach. I kept towards the south of it, partly for the views over to the cliffs of Craig yr Ysfa – glistening in the sun- and also also to try and scope out a route back through the cwm. 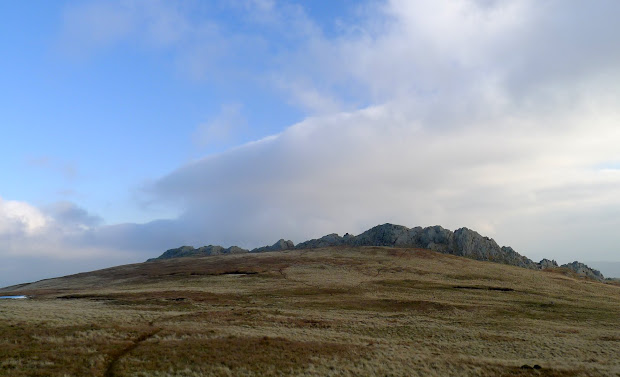 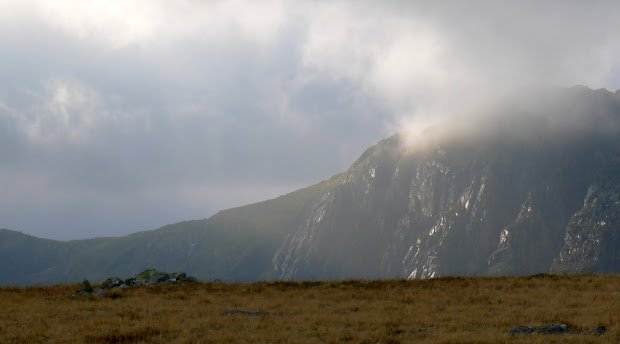 After catching a glimpse of the waters at Ffynnon Llyffant it was time to head on towards a fog-shrouded Carnedd Llewellyn. The Northern slopes have numerous boulder fields, and few obvious paths. The rocks were all incredibly greasy and I was relieved to reach the comparative easy going of the summit plateau.

The summit had been tantalisingly peeking in and out of cloud as I climbed, but now the cloud showed no signs of budging. After lunch and a quick litter-pick of the windshelter (what part of ‘Leave No Trace‘ don’t people understand?) , I’d planned to head onwards Yr Elen, but the cloud base had dropped significantly (and the wind had really picked up) so Yr Elen has been saved for a better day.

I retraced my steps a little, then headed down into Ffynnon Llyffant. I was aware there’d been an air crash near here – a Canberra from RAF Pershore – but the extent and distribution of the wreckage was a surprise. Even half a mile or more downstream you’ll see large aluminium panels in the water, carried down by floods. 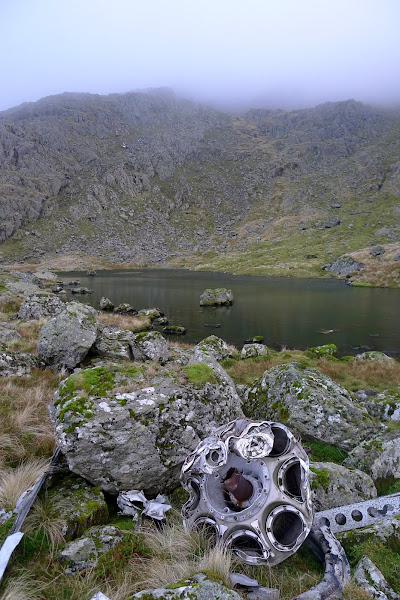 From here it’s a pleasant but pathless walk to the old mine workings. just following the course of the stream. The “road” out from here takes you past Cwm Eigiau Cottage (Rugby Mountaineering Club’s bothy) which is sporting a smart new roof, past the much-diminished Llyn Eigiau reservoir and the breached dam walls, with a mile of easy walking back to the car park. 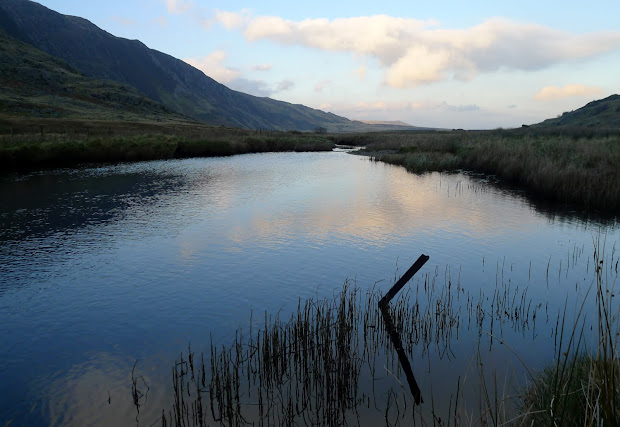 4 thoughts on “Light and Dark”