Jim Perrin’s article about locating the source of the Dee was the ‘push’ that I needed. I’d been thinking about walking Rhobell Fawr and Dduallt for a while, but as soon as you get to Dolgellau, the ‘honey-pot’ hills of the Glyderau and Carneddau have a strange magnetic attraction that makes you reluctant to stop driving.

Thursday’s weather forecast was a help, too. Hill fog for most of the morning in the west, generally better in the east. Driving over Bwlch Oerddrws, I thought they’d got it wrong again, as there was low cloud and torrential rain, and the waterfalls coming down from Craig Wen looked stupendous. But, coming down the other side, the weather had cleared: Cadair Idris and the Rhinogs were in the cloud, but Rhobell Fawr was clearly visible under blue skies. 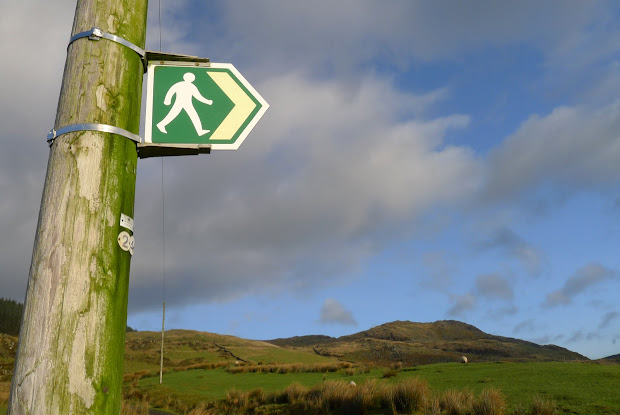 I’d planned a circular route from Rhydymain, taking in Rhobell Fawr and Dduallt with hopefully not too much forest-bashing or bog-trotting, and – given the rain of the last few weeks – no major watercourses to cross. I parked near the village hall, and headed up behind the chapel. A minor navigational error took me past the local hunt kennels, but soon I was climbing up towards the forestry track.

There was a feel of spring instead of winter in the air – buds forming in the hedgerows, and no frost at all. A friendly and talkative farmer at the road end corrected my pronunciation of the hill names, while his dog disappeared after a runaway sheep. 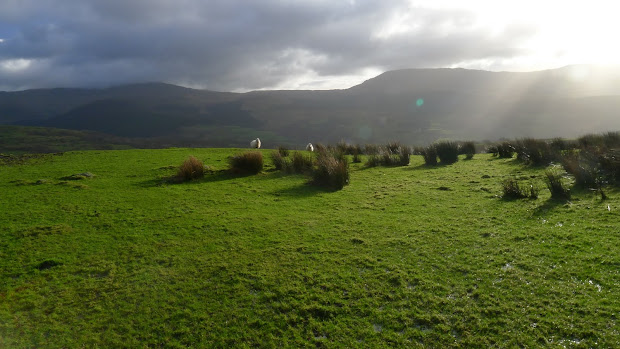 The section on the forestry track isn’t the most exciting part of the walk, but it does get you to the start of the rocky bits quickly and painlessly. And, there’s plenty of rock here, but well interspersed with grass and moss. While there’s a little scope for scrambling, most of the time hands aren’t required. The ascent is totally pathless – a case of picking your way through outcrops and streams, and generally heading uphill. 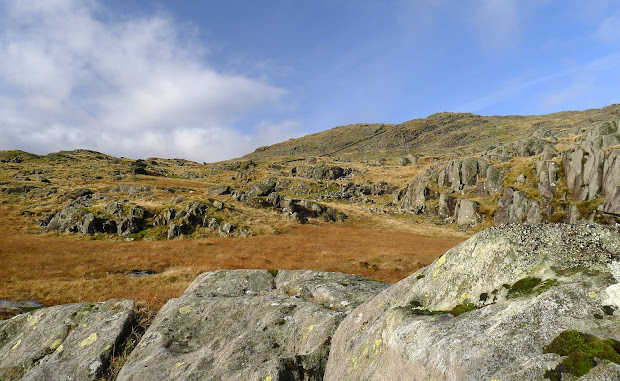 I had a quick snack before the final climb, and when you hit the top the panorama is incredibly impressive. Because Rhobell Fawr stands remote from most other hills the views are uninterrupted. Aran Fawddwy, Cadair Idris and Rhinog Fawr were still stuck with heads in the cloud, but Arenig Fawr and Moel Llyfnant to the north were both clear. Further away the higher mountains in Snowdonia were visible, but well covered in cloud. 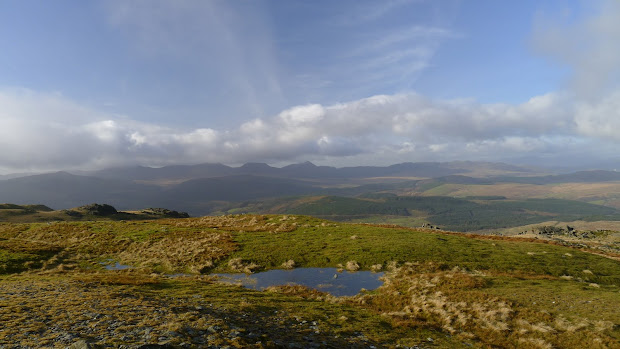 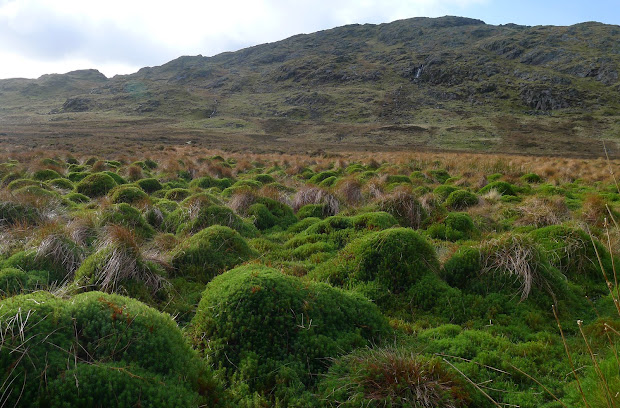 From the summit I headed east down to the forest edge. Amazingly for such a remote peak, Ddualt is actually signposted off the forest track. But the track through the forest is far from good, with fallen trees to clamber round or under. I was glad to reach the stile and the open hillside again. There’s no path to the south ridge so just slowly following the line of least resistance seems to work. More heather here, and generally wetter terrain then Rhobell Fawr, but once you reach the ridge it’s an easy climb over rocky steps. There are great views down to the marsh of Daear Sinc, where the river Dee rises, although Perrin’s ‘capel’ is hidden from sight. 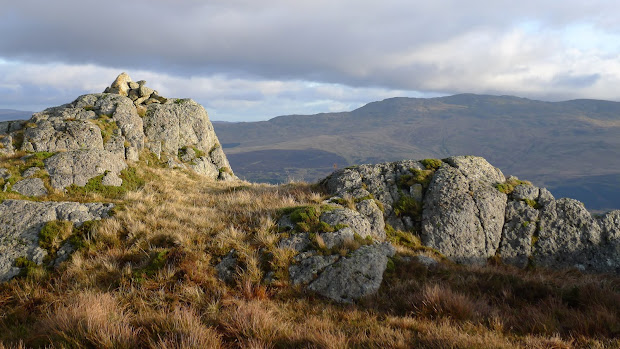 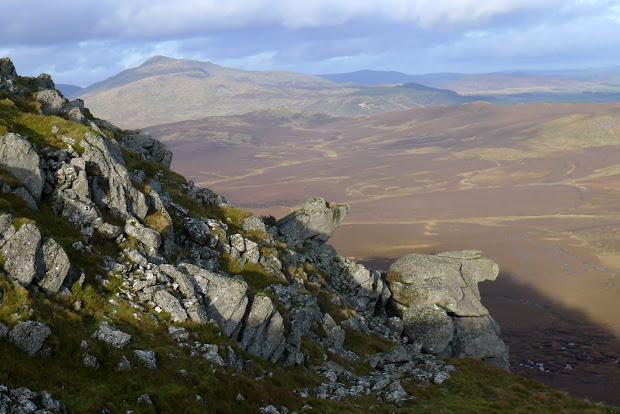 I wasn’t planning to hunt out the source myself today, but headed south down through the crags to the edge of the marsh, and cut across to the higher and drier land east of the Afon Eiddon. From here, a tiny trace of a track takes you along towards the river, as it heads through the impressive ravine of Cyfyng y Benglog. The walk out through the moss-covered broadleaf woodland is a pleasant change from the conifers on the other side of the river.

Dropping down to the farm at Pen y Rhiw the footpath becomes very indistinct, so I carefully trespassed back to the road as the sun was setting. 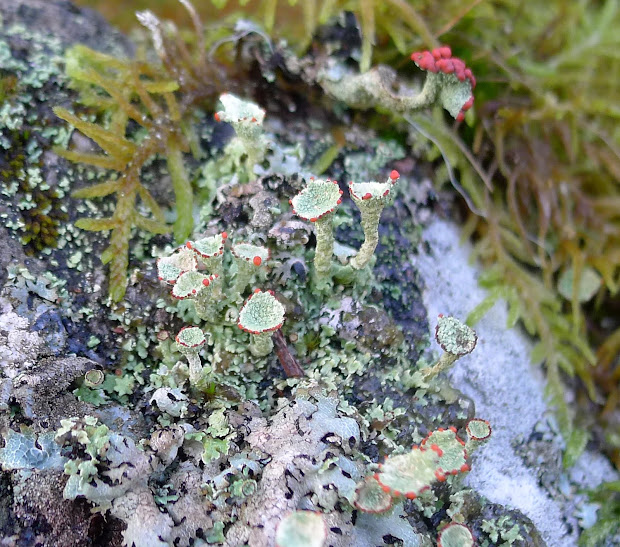 2 thoughts on “Rhobell Fawr and Dduallt”