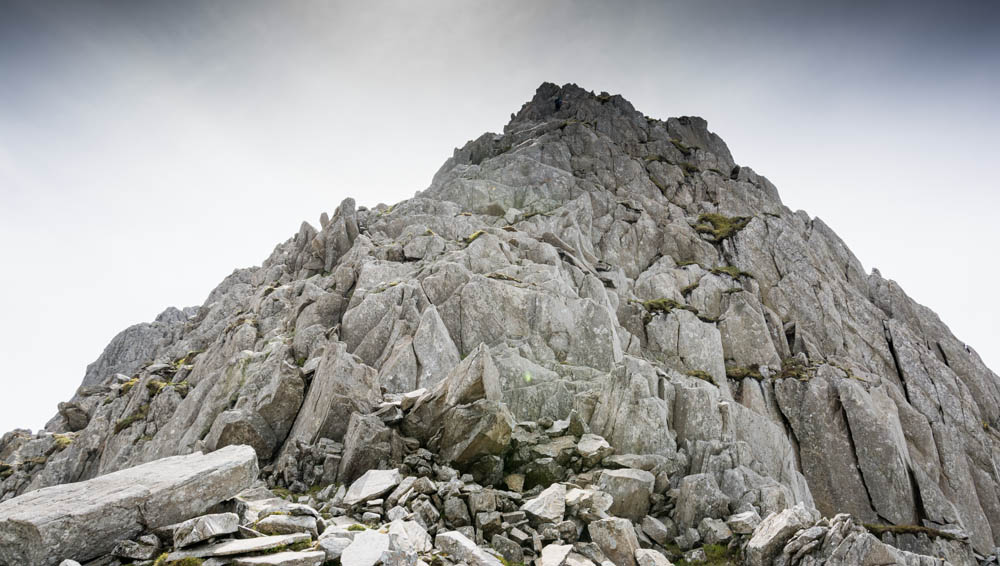 About three years ago I’d been up the north ridge of Tryfan with Rob. While this ‘ticked’ the summit, I’ve never repeated the route on my own. Yesterday’s forecast for light winds and dry rock, so it seemed an ideal opportunity. 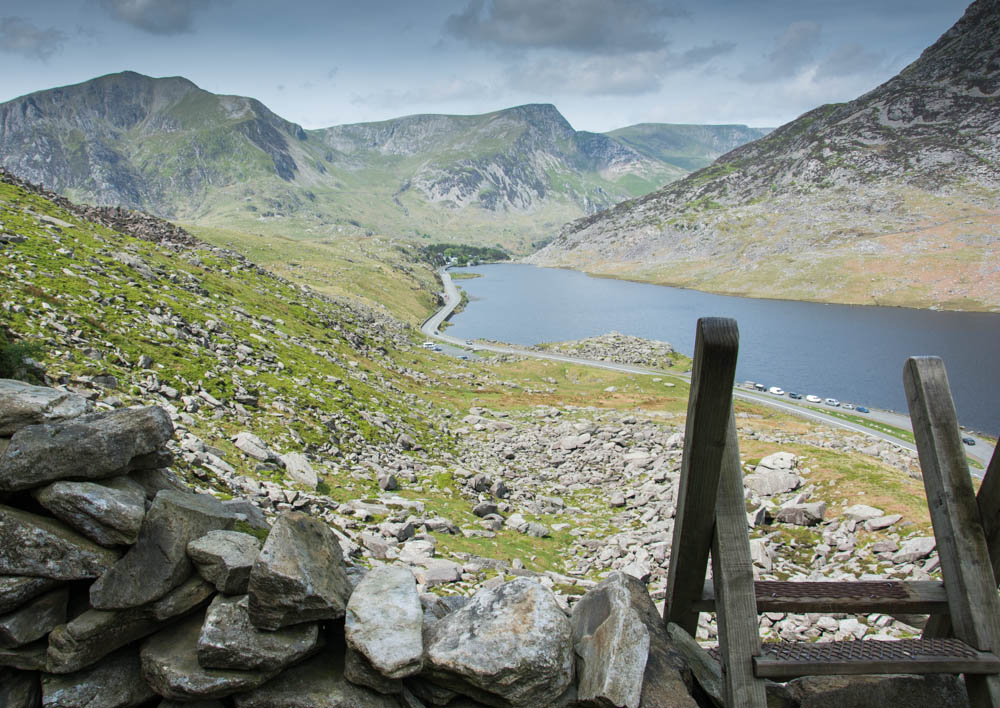 Parked up at the foot of the Milestone buttress, I followed the obvious path up. Unfortunately I missed the less obvious fork onto the North ridge and found myself traversing towards the Heather Terrace. I backtracked and found a route up a damp gully which brought me to a familiar spot a little below the Cannon. 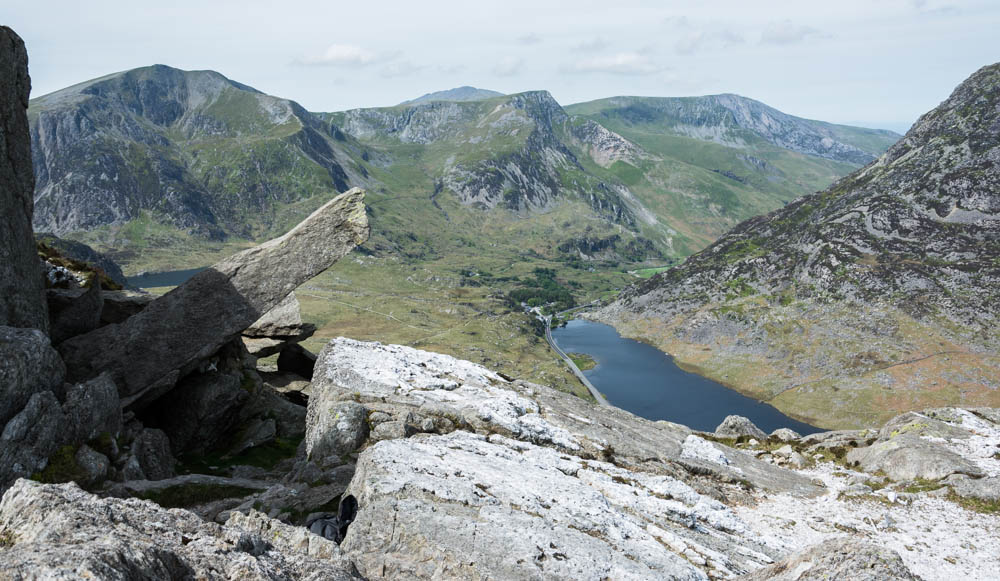 From here the route up was clear and took me to the flat area at the base of the North Tower.

The North Tower is the most difficult part of the route, and I spent a good 40 minutes trying to find a route up that I was happy to do. Lots of false starts both to the east and west that took me onto ground that was well beyond my (failing) confidence level. At least I was getting lots of good practice in downclimbing – something that I usually have problems with. Crampon marks everywhere didn’t help me much.

Eventually I did the sensible thing and sat down with food and water, and waited for inspiration. It came in the form of another walker who carefully but confidently scrambled up the centre line of the tower. I watched where she’d started from, and went back for another shot. Knowing somebody else has been that way made a huge difference, and after the first section the scrambling gradually became easier until I reached the ‘notch’ below the North summit. This was easily dispatched, and I was soon standing by Adam and Eve on the main summit.

I traversed round the south summits and into Cwm Tryfan. I was a long way behind my initial timing estimate, so I was tempted to make my way back to the road – but with the weather staying good, and plenty of time before dark I opted to stick with the plan of walking the main plateau and dropping back down to Ogwen via the Devil’s Kitchen. 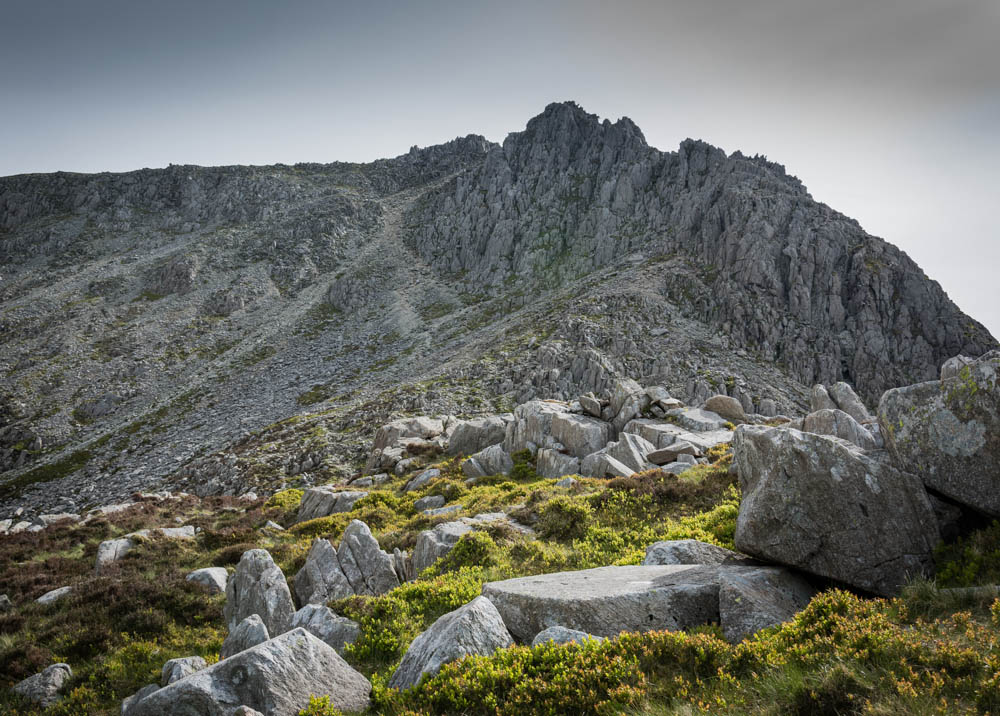 Rather than deal with Bristly Ridge or the screes, I took the Miners path round the head of the cwm. This is part of the route that the miners working the copper mines on Snowdon would have followed back to their homes in Bethesda every week. At the top of the path by the edge of the plateau a very lonely Starry Saxifrage was hiding by the stream

It was an easy walk from here across Glyder Fach and Fawr, and even the notorious screes down to Llyn Y Cwn didn’t seem to bad. But, tiredness kicked in properly on the knee-jarring descent of the Devil’s Kitchen, and I was relieved when the path finally levelled off as you approach Llyn Idwal. 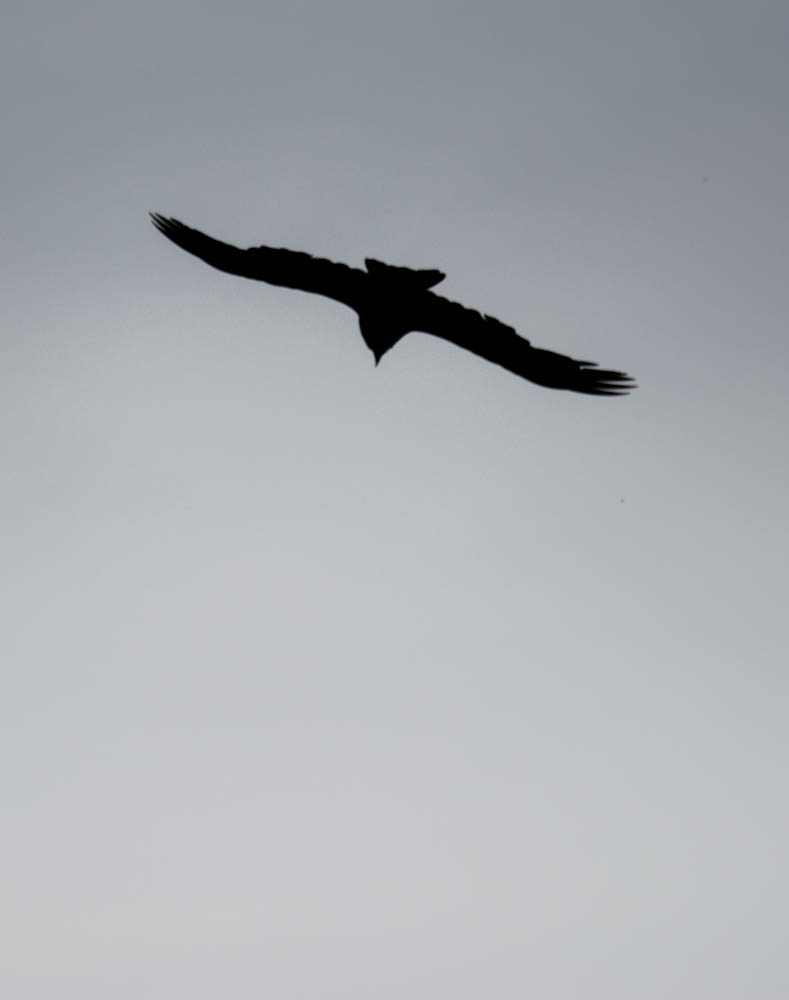 One thought on “Tryfan”