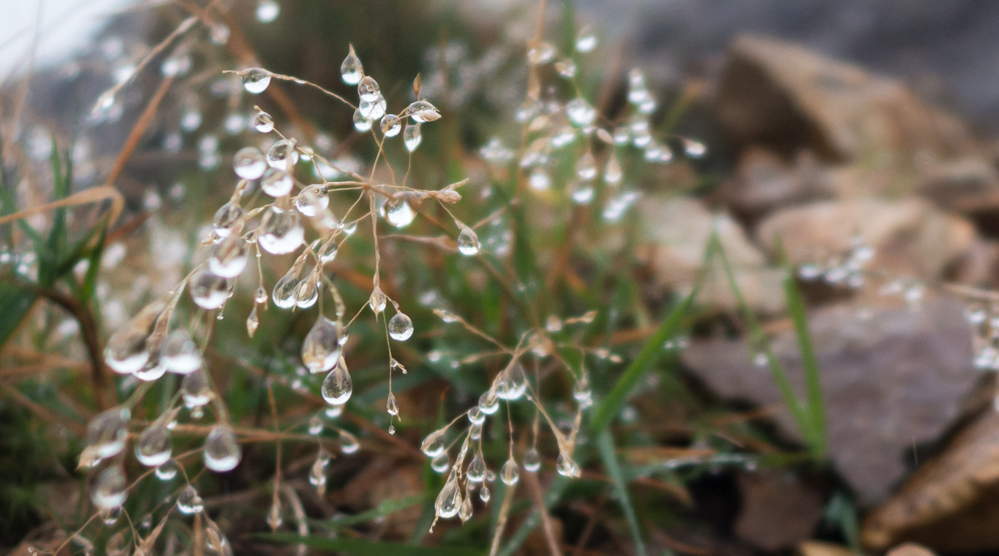 The forecast for the day wasn’t great, and the reality was even worse: Hill fog, rain and some brisk winds, The weather should make this a “Quality Mountain Day” for Mountain Leader Training purposes , but most sane folk would dispute the use of that adjective. 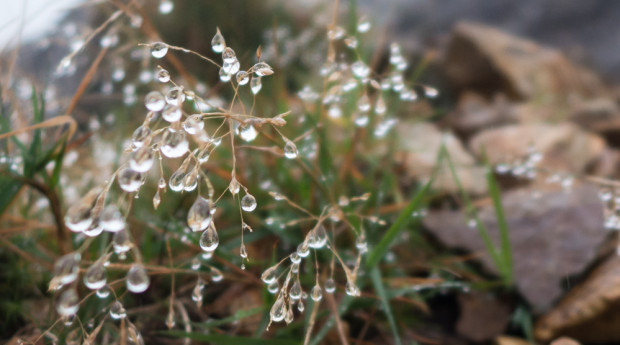 I left the start as late as I reasonably could as the forecast did imply things would get better later in the day, but eventually set off from Beddgelert around mid-day, aiming to take in Moel Hebog and the two outliers to the north: Moel yr Ogof and Moel Lefn. The return would be via tracks through Beddgelert Forest near the Welsh Highland Railway.

The camera stayed away almost the whole day, coming out briefly to try and capture some droplet-covered grasses and impressive pillow lavas on the short scrambly section of the ridge onto Moel Hebog. 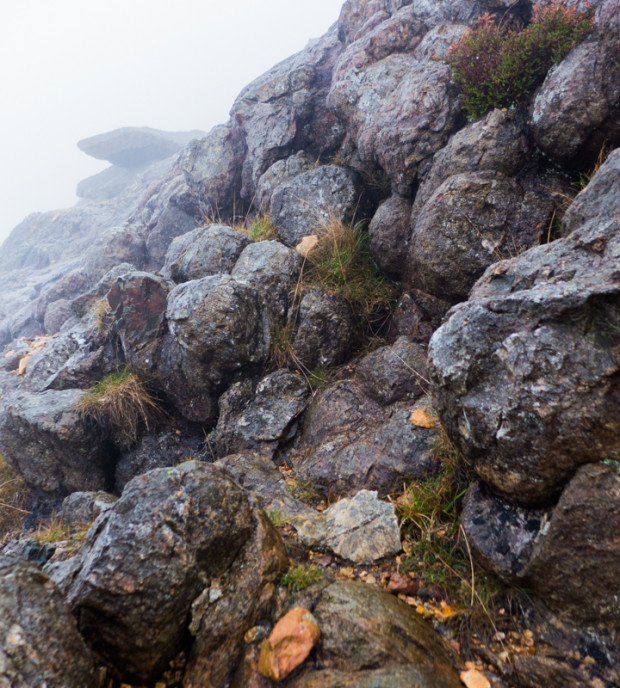 From the trig point, it’s a steep descent following a handy wall to Bwlch Meillionen, then upwards through an impressive rocky cleft onto Moel yr Ogof. The climb to the top twists and turns a bit, and I arrived at the summit cairn somewhat disorientated. I triple-checked the bearing onward to Moel Lefn and picked up a path pretty easily.

From Moel Lefn, the terrain gets more complex, and there are steep crags between you and the old quarry at the bwlch. The path I was on was heading in the right direction until it suddenly turned 90 degrees right: I eventually ignored the path, continued carefully down and was relieved to pick up a second lower path winding through the crags. I was briefly below the cloud now, and there were some glimpses down into Cwm Pennant below. From the bwlch, there are some boggy paths through the forest that take you back onto the open hillside, then it’s down through a narrow (and wet) forest trail until you reach a wide and well signed track near Hafod Ruffydd Uchaf. It’s best to ignore the map and follow the signed trail to Beddgelert now, as the path layout has been changed since the last OS map update.

Heading back towards the car the tops were still covered in cloud, but it was lifting and breaking on the drive back to Betws, with Cwm Dyli and the Glyderau looking great in the late afternoon light. 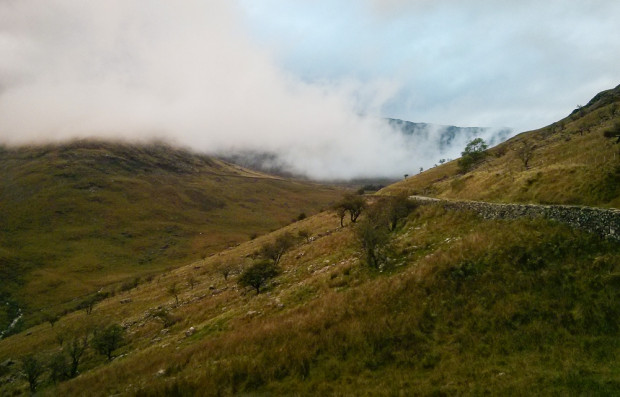