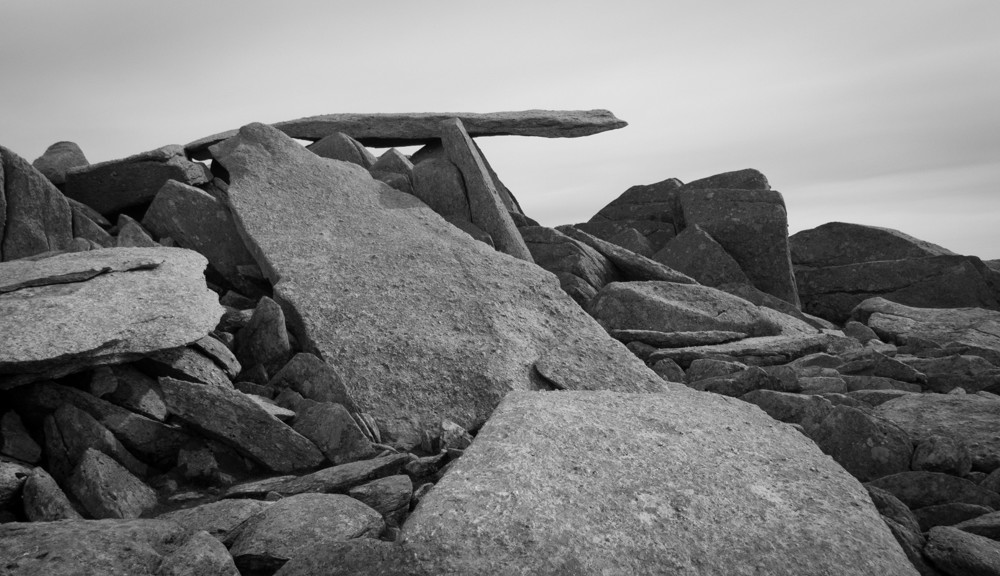 After a month of inactivity, I finally planned a overnight camp, and a visit to Moel Siabod and the Glyderau seemed long overdue. Overnight parking around Ogwen can always be a worry, but the NT car park behind Joe Brown’s in Capel Curig is usually a good start. The loos here have been significantly ‘upgraded’ since my last visit – the downside is that you have to pay 20p for the privilege of using them, and there’s a singularly pointless combined soap/water/air-blower thing which does all three jobs badly. If your hands are still soaked after the blower has given you 5 seconds of cold air, do not put them back under it. It will then just cover them with soap again…

Sense of humour was restored once I was on my way, cutting across the river opposite the excellent Moel Siabod Cafe and following the path along the bank to Pont Cyfyng. I’d been up Siabod from this side a couple of times before, each time scrambling the Ddear Ddu ridge which drop you out by the trig point. Today, armed with a heavier pack I headed up the long northwestern ridge instead. There’s plenty of easy scrambling and rock-hopping, and occasional views straight down the south face to Llyn y Foel. 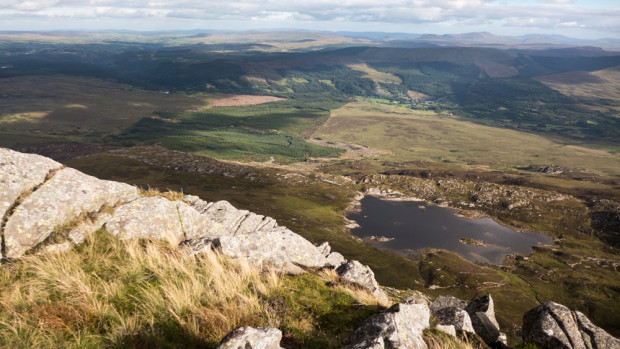 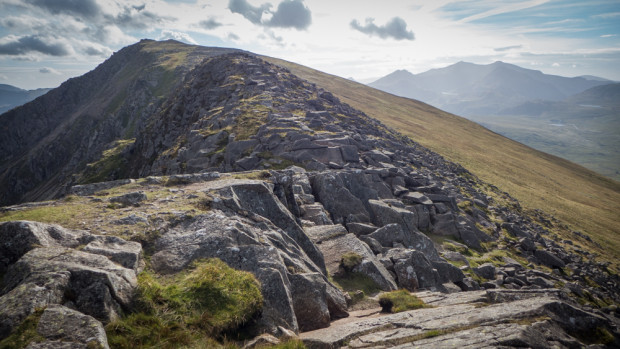 The rocky ridge continues a long way, before joining into the boulder fields that surround the summit. I ducked into the windshelter for a snack, and to consider my plan for the rest of the day. I was going to head down the west ridge, and look for a suitable camp spot, but hadn’t really planned where. Llynau Diwaunedd had looked appealing on the map, but from the ridge it looked dark, cold and unwelcoming. Arriving a Bwlch y Maen I could see the glimmer of a small llyn, and while the water didn’t look suitable for drinking I still had plenty with me, and there was an inviting and well-sheltered pitch nearby on a knoll in the lee of the ridge. Couscous, coffee and flapjack consumed, I wandered around the ridge watching the sun go down in the Llanberis pass. 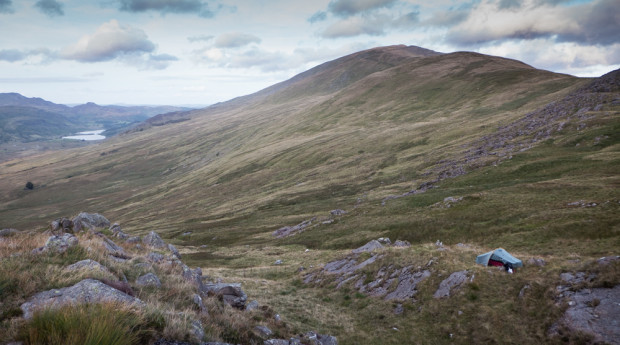 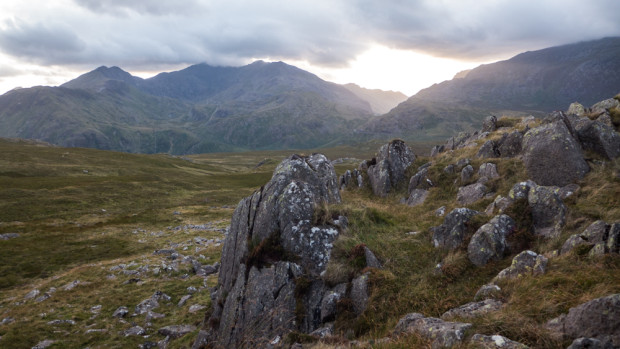 The next morning I was up early and heading down towards the road near the Pen Y Gwyrd hotel. The flat plateau above the road showed the marks of grazing by cattle – grass grazed much higher than wooly lawnmowers would do, and the ground churned up in places with ankle-twisting postholes where cattle had walked.  The forecast cloud was high, but still touching the peaks of Lliwedd and Snowdon. 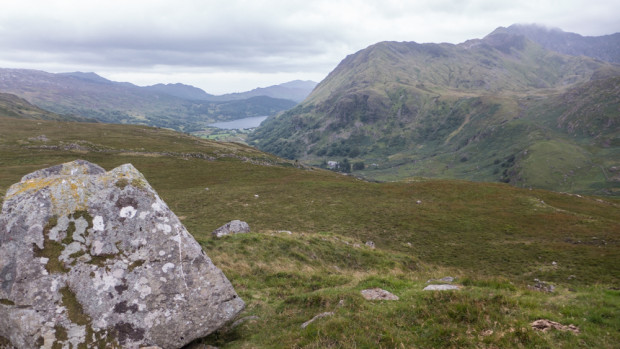 I planned to just pop into Pen y Pass to check the weather forecast for the day. Ducking through the full car park and streams of three-peakers, I found the cafe was open, and I miraculously had enough loose change in my pockets for an excellent breakfast and an espresso. Fortified, I set out on the climb up towards Glyder Fawr, leaving the crowds on the other side of the road. The route isn’t marked on maps, but I’d read about it in Peter Hermon’s Hillwalking In Wales. Red dots daubed on rocks mark the route, which – apart from a few short loose sections, is mostly on grass from Pen y Pass to the summit of Gylder Fawr. 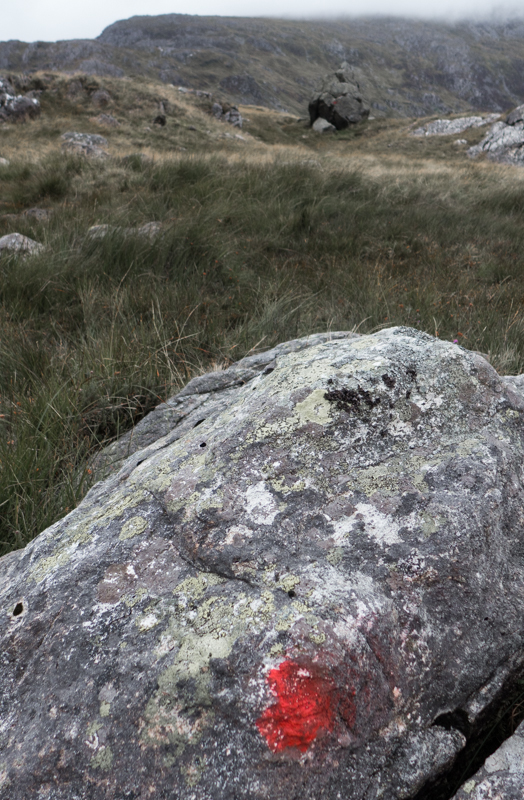 I’d asked one of the wardens (Helen Pye) if the route was still marked in this way, and she seemed to think not, so I was surprised when a red dot on a rock about 100m up from Pen Y Pass loomed into view. The dots are mostly small and usually faint, and in most places you won’t see the mark ahead until you’ve left the previous one behind. Useful in good visibility, and very comforting in mist as long as you stay on track. Between Pen Y Pass and Glyder Fawr, I saw just one person – a fell-runner descending at speed to the east of me. Cloud was covering the Glyder Fawr summit tors when I reached them,  and after a snack break and a chat with a couple who’d come via the Devils Kitchen, I set off for Glyder Fach. 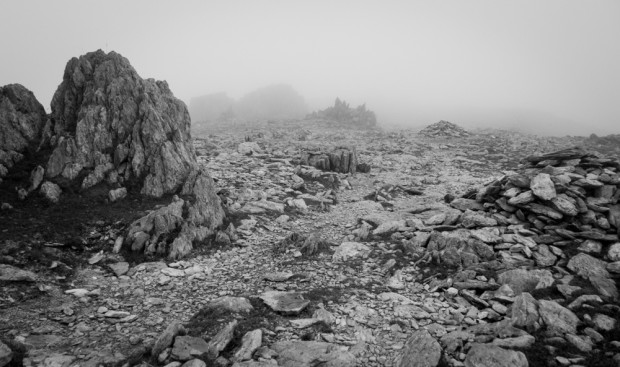 With the cloud, this was like a moonscape, but as soon as I ‘d lost a small amount of height I was below it, with stunning views to Cwm Cneifion, Tryfan, and the Gribin ridge. 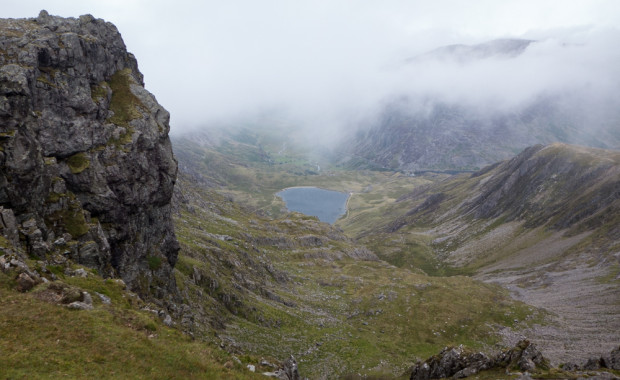 Approaching Castell Y Gwynt, I made the mistake of thinking that the top could be reached by scrambling from the western side. I’m sure it could, but not by me: I reached the edge of my comfort zone just below the summit rocks, and retreated. I was followed in my failed attempt by the couple I’d been talking to earlier. In hindsight I have a feeling that they thought this was Glyder Fach at first… 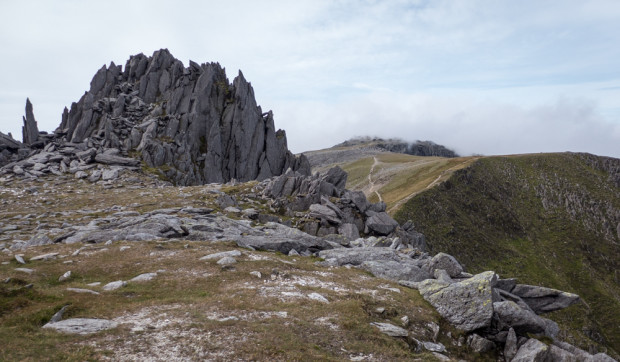 I headed past the summit of Glyder Fach to the Cantilever stone, for once without anybody posing on it. From here, my route was an easy, sunny walk down the long spine of the Glyderau back to Capel Curig, via the two tops of Y Foel Goch and Gallt yr Ogof. 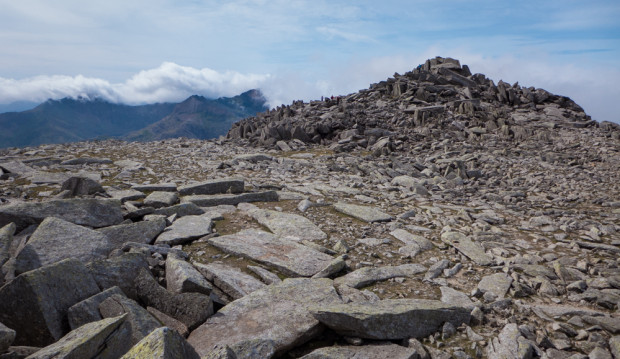 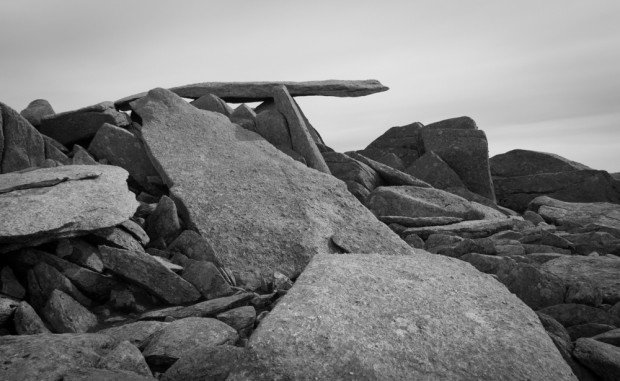