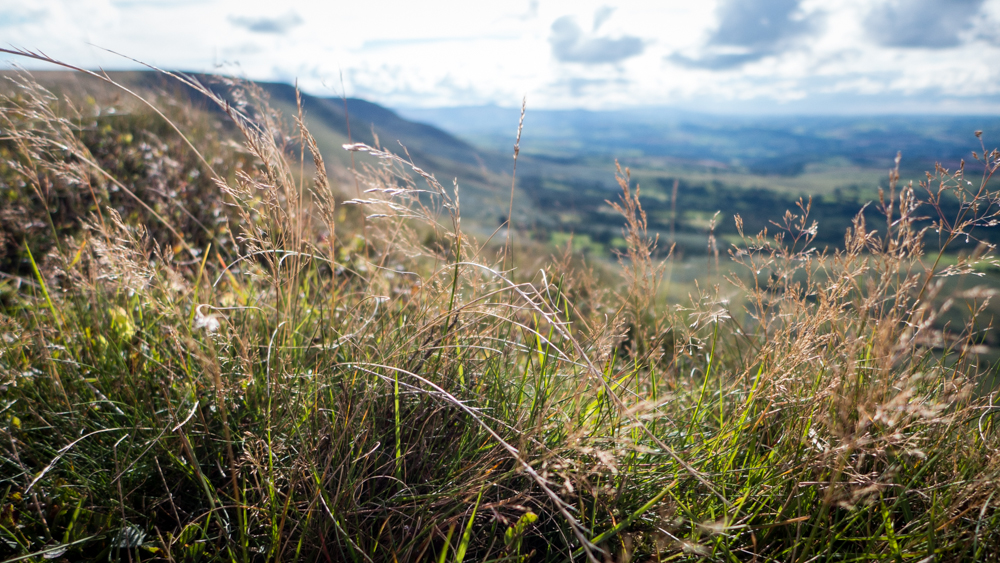 The imminent prospect of a week spent in the mountainous terrain of Amsterdam meant that I leapt at the chance of a quick day out today, despite a fairly dire forecast. As the worst weather was in the north, a quick drive south to the Black Mountains fitted the bill, and I was parked below Hay Bluff before mid-day.

The climb up Hay Bluff isn’t long but it’s a rude wake-up to legs that haven’t got into the swing of things, and I was able to grab a couple of minutes at the Trig point to relax and enjoy the views over the escarpment. The trig point is painted white, and decorated with red Welsh dragons, The English border is just a couple of hundred metres away, and the next section south follows the Offa’s Dyke path. 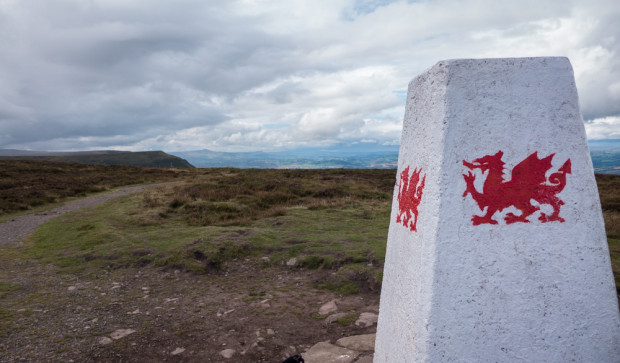 The path south over Black Mountain is well paved with stone for much of the way, and the dry weather had made the unpaved sections fast and easy too. A few spits of drizzle. and ominous clouds in the west, but everything stayed dry. After a minor navigational faff where I’d made the classic mistake of trying to walk down a county boundary, I was losing all my hard-gained height and heading down to Capel y FFin. There’s a good path all the way that weaves down through the bracken, and luckily the start is marked with a small cairn on the Dyke path. After the wide -but dull – views from the ridge, dropping down into the lush valley was a joy. 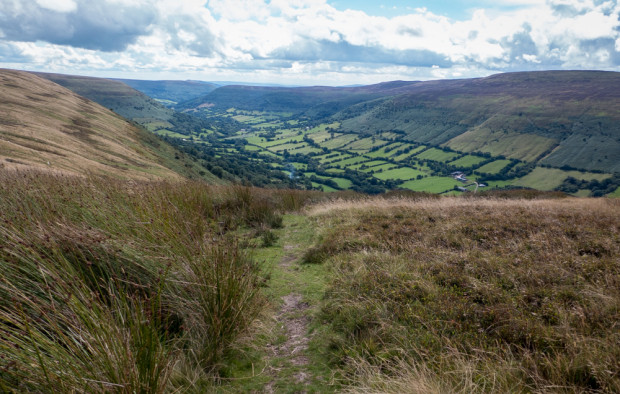 After crossing the stream I walked down the road towards the chapel, admiring the antics of drivers on the single track road. When a 4WD that wouldn’t reverse met an oncoming driver that couldn’t, I was able to walk round them both while they attempted to resolve matters.  My plan from here was to head onto the ridge that would take me – eventually- back to the car, via Twmpa (AKA Lord Hereford’s thingamabob). The escarpment is almost vertical in places, but a good rocky path zigzags though the steepest sections, with good views back over the valley to the Black Mountain ridge. 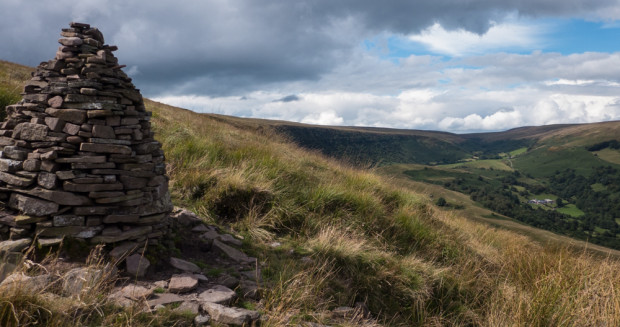 On reaching the ridge, I turned south towards Chwarel y Fan – another of those indistinct tops that are really just local high points on a ridge. I arrived at the cairn, and any prospect of a leisurely lunch was ruined as the black clouds finally started delivering the rain they’d been promising all day. Waterproofs on, and a grabbed sandwich and I was heading back to the North. For about 10 minutes the rain was torrential, and freezing cold. It then cleared almost as suddenly as it had started, leaving a briefly gorgeous rainbow over the Vale of Ewyas. 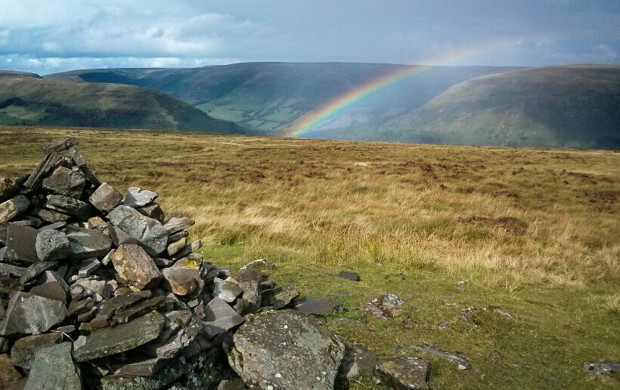 The long slog north to Twmpa is finally rewarded with great views over the escarpment to the north, with the hills of the Elan Valley and Radnor Forest clearly visible. From here it was an easy descent to the head of Gospel Pass, followed by a mile on the road back to the car. 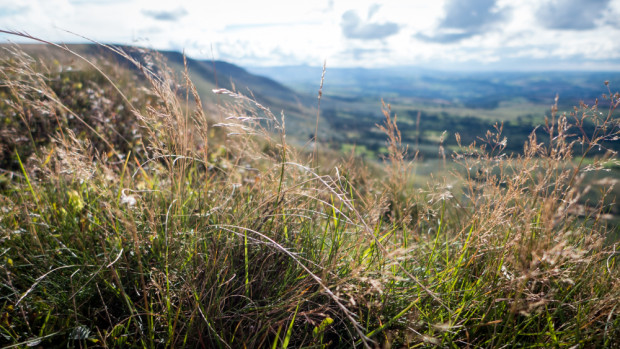 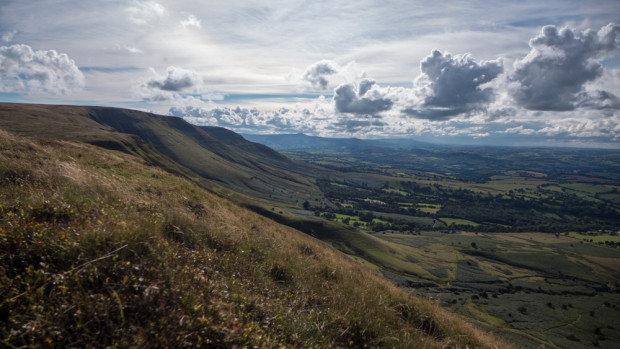 On touching the trig point, I found my thrill
To the east Brokeback Mountain, to the west, Benny Hill
I’ll give you the grid ref, you might like to go
SO224350
Could this be heaven, would that be the Severn
Twmpa, Twmpa, you’re gonna need a jumper
It gets a bit chilly on top of Lord Hereford’s Knob