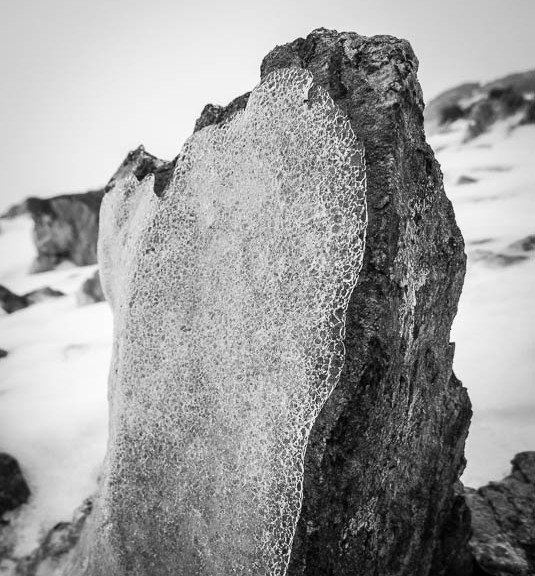 In the brief window between last weeks gales and the forecast snow for Sunday and Monday, I snatched the time for a quick visit to the Arans. The forecast for eastern areas was better than for the coastal ranges, so this seemed a good plan. 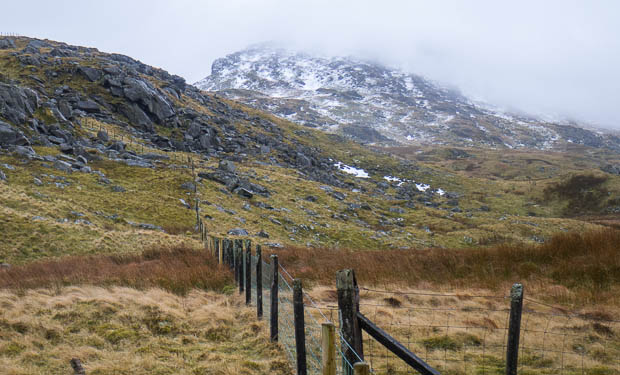 I’ve only visited here a couple of times before – a memorable day in gorgeous weather walking in from Llanymawddwy in the east, and a less pleasant day in hill fog and drizzle starting from Cwm Cywarch. Neither time did I reach Aran Benllyn, so starting from the northern end of the ridge seemed a good way to fix that.

The Berwyns were well coated with snow as I drove towards Bala, but the Arans tops were hidden in the cloud. Parking at the vowel-rationed village of Llanuwchllyn southwest of Bala gives easy access to the main ridge path.

The path heads up almost due south, and is easy to follow, although diversions are needed to avoid the worst of the boggy sections. Duckboards covered with lightly greased Teflon take you through the worst section, although straying off path is a safer option.

The height gain is slow but insistent, and in clearer weather you’d have Aran Benllyn in view to guide you, but today the cloud cut in at about 500m, hiding the tops from view. At around 650m, the snow cover started to make pathfinding a lot more challenging. Luckily there’s a fence which follows the ridge line closely, and hand-railing that makes the navigation easier. 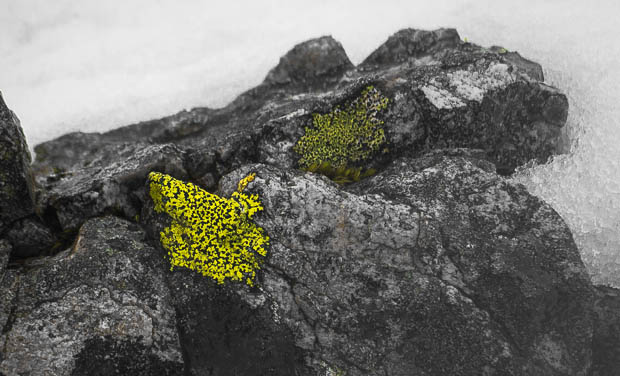 Even so, I found that my progress was slower than I expected – partly fitness, partly the conditions (everything takes longer in winter!) and double checking against a convenient grid reference disc on a ladder stile showed I was at least 300m away from where I thought I’d reached.

After one steep section the bouldery summit isn’t far away. There was substantial snow around here, with drifts several feet thick in places. The temperature was hovering around freezing, and the wind picking up a bit. 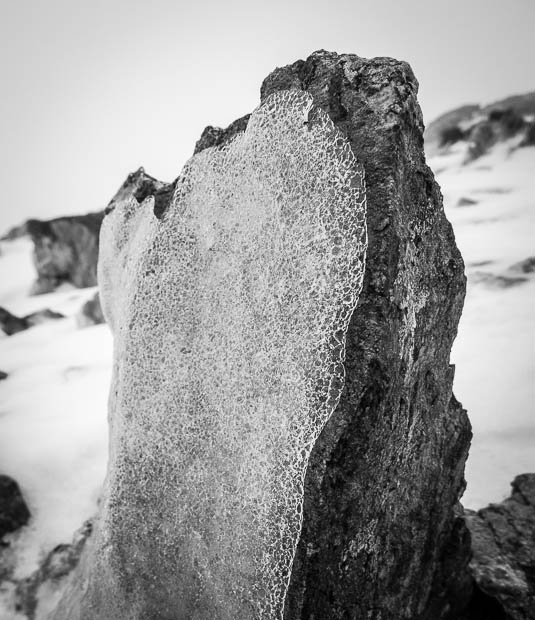 After heading on a little further, I realised that time wasn’t on my side and that returning via Cwm Croes wouldn’t be a sensible choice, so I retraced my footsteps down the ridge.