Due to rain the camera stayed buried in the rucksack all day yesterday, and the rucksack, in turn, was buried under several tons of snow. This was intentional – part of the process of building a ‘shovel-up’ shelter. In a couple of hours our team of eight had built a shelter big enough for eight people (and one dog) to stand up inside. Inside was the right place to be, as the weather outside was just continually wet. We’d taken a gondola ride up onto Aonach Mor, and done more work on avalanche assessments before getting out the shovels and digging. We also looked at the use of avalanche probes, hunting for a buried drybag in the snow.  Some photos on Rob’s blog here. 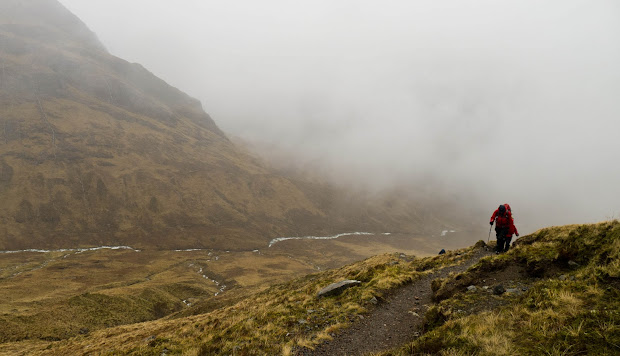 Today was the last day, and with a forecast for ‘incessant’ rain and high winds I didn’t have very high hopes. We headed into Glencoe, and up onto a rainy Buchaille Etive Beag. We found what was probably the last decent snowpatch left on the hill, and refreshed ice axe arrests and step cutting, and admired the remains of the snow-holes built by the SARDA Wales team as part of their winter training week in January. By the time we’d finished there was blue sky in evidence and the clouds were parting around us, giving great views down the glens and the occasional rainbow. 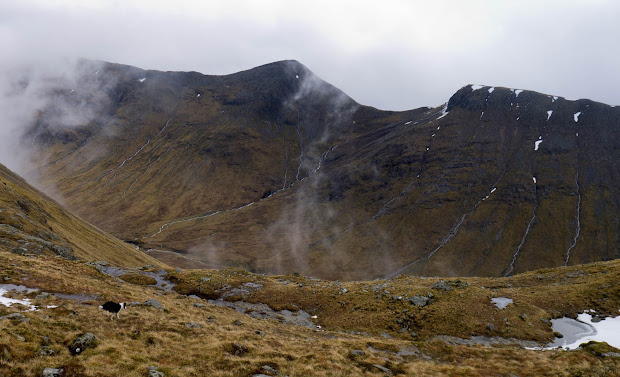 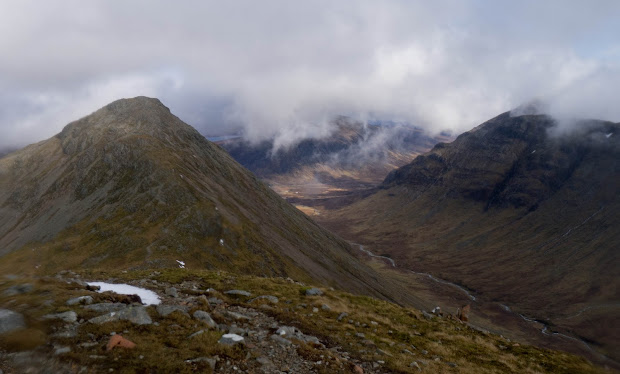 We followed the ridge south to Stob Dubh, braving some serious gusts on the way, before heading back to the col, followed by the cars and the Clachaig. A great day to finish on! 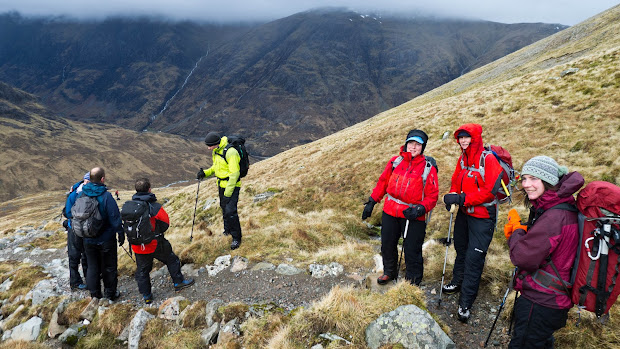 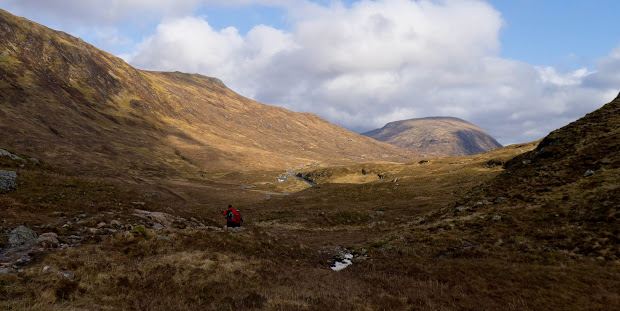 And by the time I was back at my B & B, the view across the Loch was stunning. 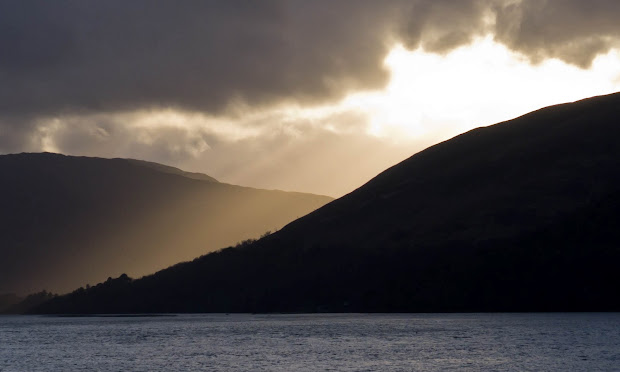