As if to apologize for yesterday’s rain-fest we were treated to a spectacular mountain day today, climbing Stob Ban in the Mamores. 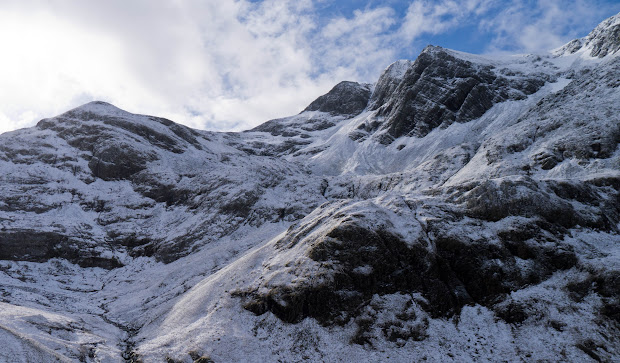 The forecast was for intermittent snow showers (rather than rain), with gusting winds and occasional blizzard conditions, and we had all of that – but interspersed with moments of blue skies and sunshine. From the car park in Glen Nevis we walked up the left of the stream into the corrie. there was little to worry about in terms of avalanche risk, with just ankle deep powder and graupel on the ground. 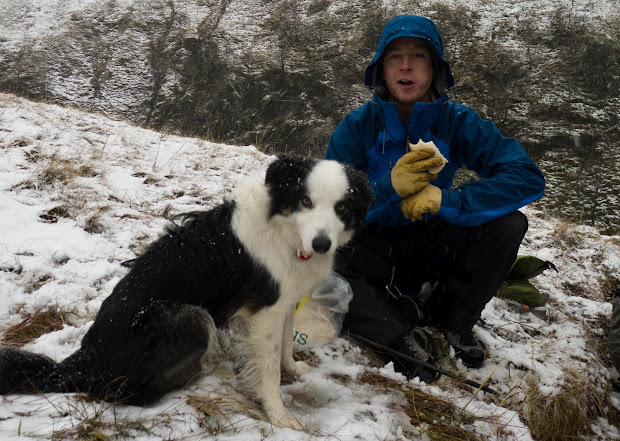 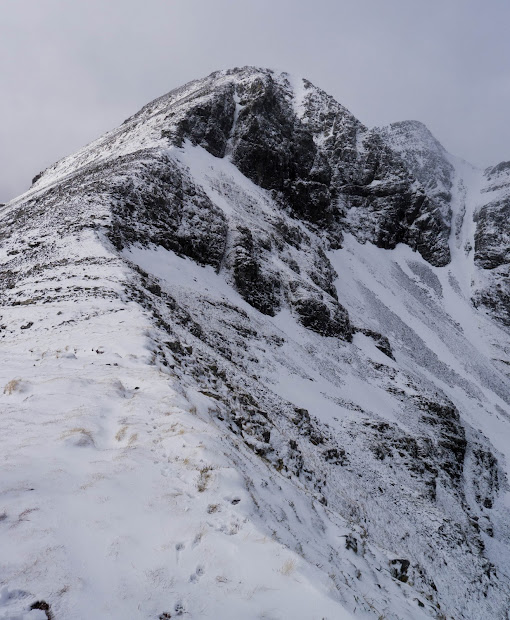 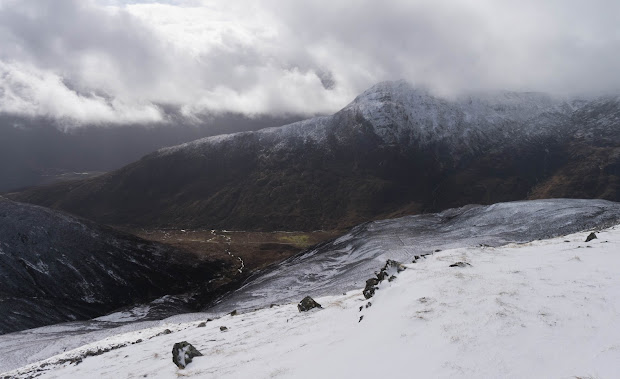 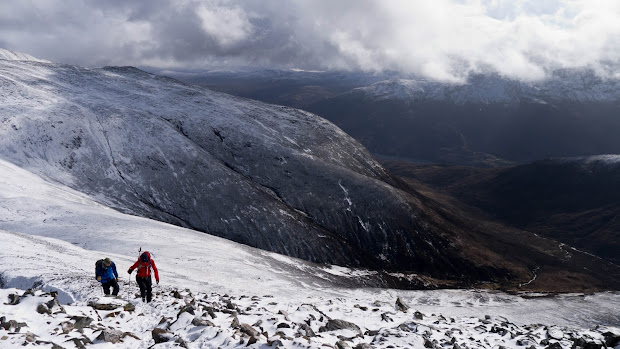 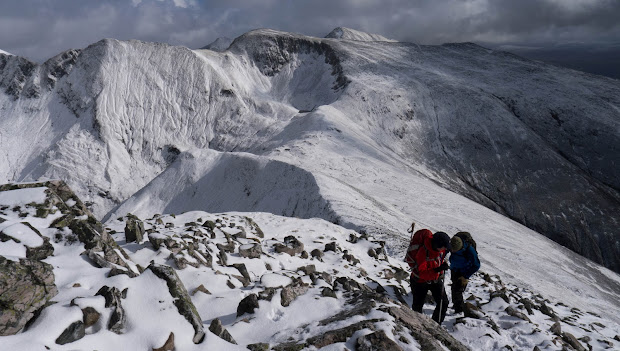 The views were at their best here, with the Aonach Eagach across the glen in front of us. Crampons were left off for the the rocky climb up the East ridge over loose quartzite boulders to the summit. We headed onwards down the north ridge, with some interesting sections of narrow ridge and scrambling on the descent. 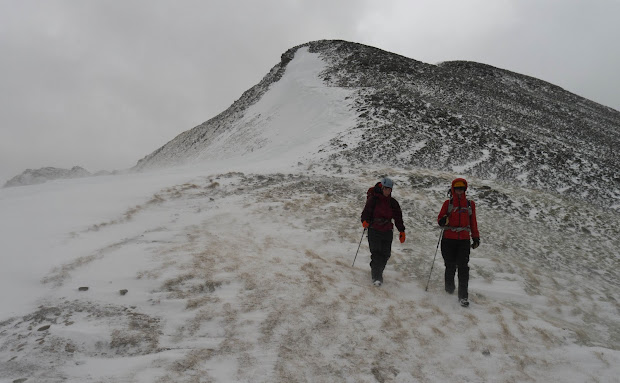 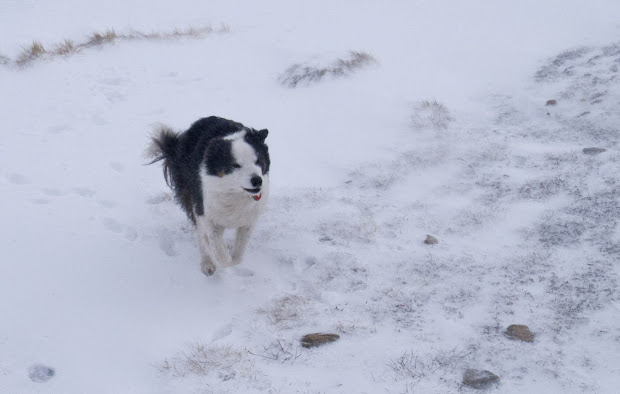 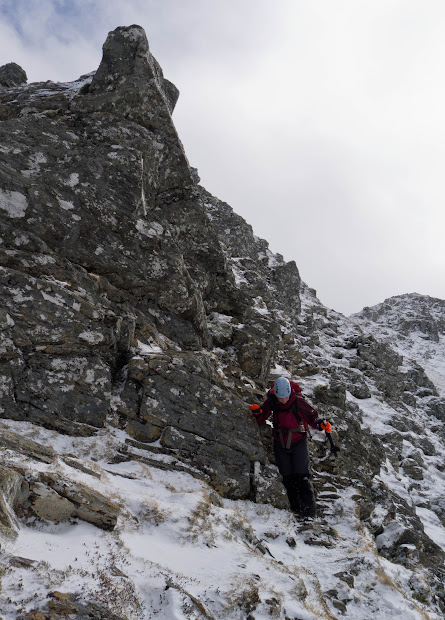 The wind was picking up noticeably now, and the blown snow made for poor visibility at times before we reached the boggy (and incredibly slippery) ground for the last couple of K back to the cars. 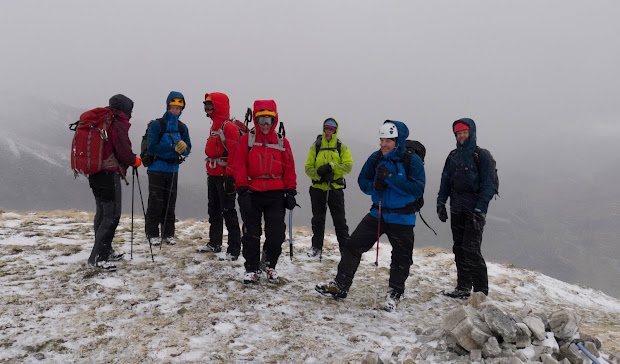 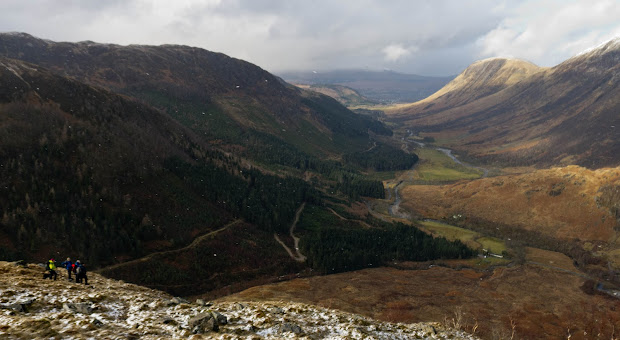