I’m. on my way to Fort William for a five-day winter skills course with Rob. The forecast is finally looking good,  with snow forecast for tomorrow. Rob’s ‘snow dance’ must be working.

There wasn’t much of it in evidence today though, with the fells pretty much bare.

Rather than drive up in one day I stopped in the Lakes on the way up. The “Far Eastern” fells are a short drive off the motorway from Shap, and I was parked at Mardale Head, at the far end of the Haweswater reservoir by 11:30. After a bit more kit faff than usual I was heading up the ridge towards Rough Crag. The ridge is a gem – steep drops down to either side without feeling exposed, and plenty of easy hands-on stuff as you head on and up towards High Street. 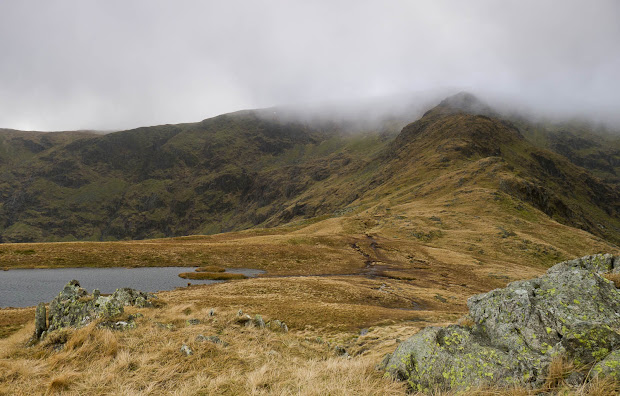 The weather on the way up was a bit of everything: Hail, a bit of snow, rain, all mixed together with a very generous helping of wind. The northern side of the ridge was very sheltered, so there were plenty of opportunities to escape the wind.  The summit of High Street was in cloud most of the time, but the lower tops of Harter Fell and Mardale Ill Bell occasionally peeked out from underneath it. I stopped to have a bite after the hail stopped, and was rewarded with glorious view back down the ridge over Haweswater, complete with rainbow. 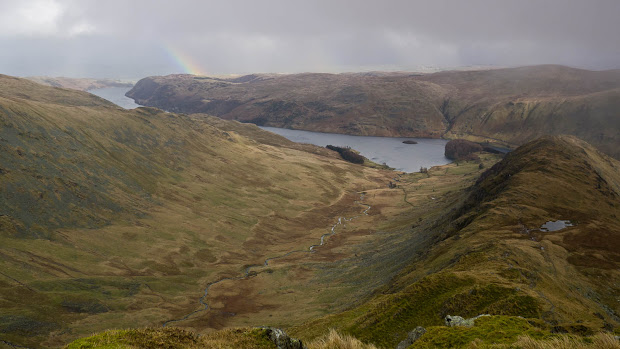 From High Street, it’s an easy walk over Mardale Ill Bell, with views down to the tarn of Blea Water, followed by an incredibly blustery crossing of the Nan Bield pass before the wind abated on the climb to Harter Fell. Again, great views here on the descent of the crags on the northern face. 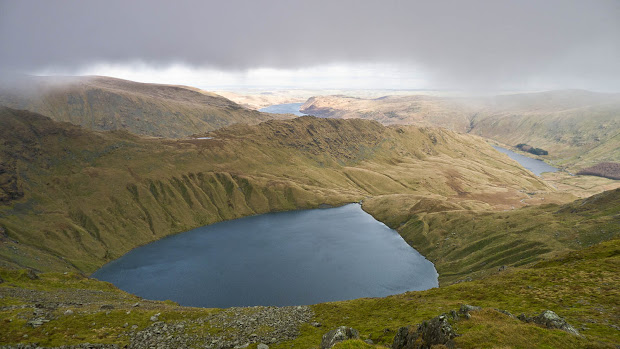 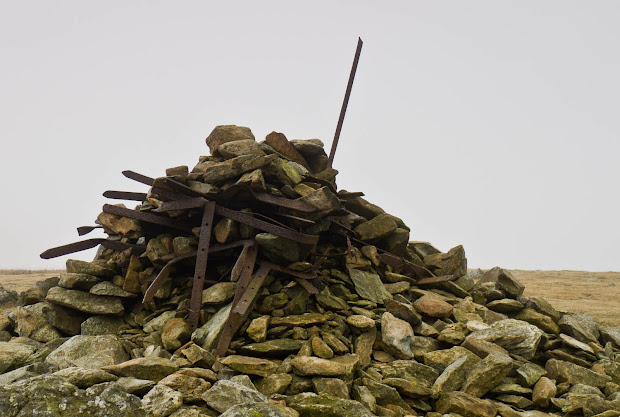 Lots of folk out on the hills today despite the weather, and despite this being one of the ‘quietest’ parts of the Lake District. I guess I’ve been spending too much time in Wales.