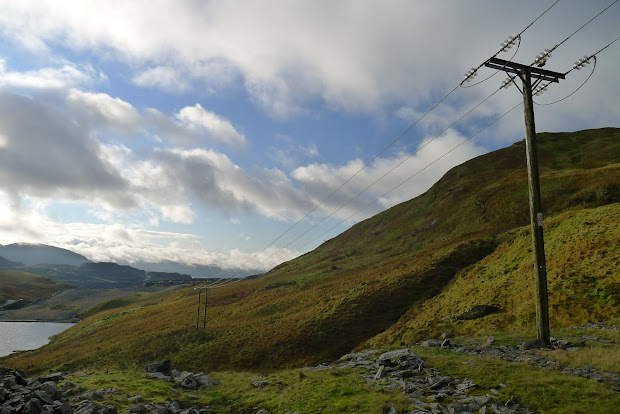 On reflection, maybe mid-Wales isn’t the boggiest part of the country….

It was dark when I left home, and – as the coffee grinder would have woken the whole house – I was minus my caffeine fix. Betws-y-Coed was as far as I could get without one, so I was delighted to find that the Alpine Coffee Shop was open from 8AM, with proper coffee and a great fryup.  I headed back towards Blaenau Ffestiniog, and parked up at the top of the Crimea Pass. Today’s plan was to explore the hills NW of Blaenau, and brush up on my navigation on unfamiliar ground in what should have been generally bright conditions.

Snowdonia is the only National Park with a ‘hole’ in the middle, and Blaenau sits in that hole. I’d always thought this was because the devastation caused by the slate mining made the place too much of an eyesore for inclusion, but Wikipedia reckons this was done to allow new industry to take over from slate mining without the additional planning restrictions associated with National Parks. 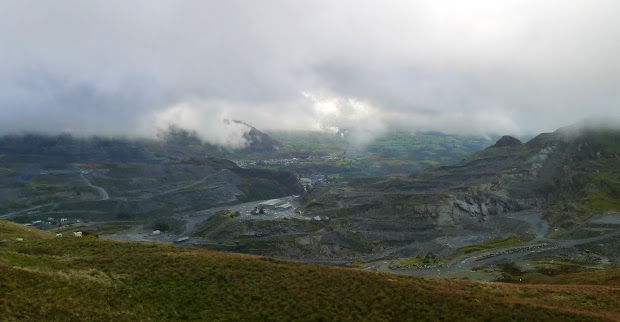 My first objective was Allt Fawr, and initially, the slate quarries are what draws the eye. The wide track in ends by a row of pylons crossing the hills, and a ventilation tunnel for the 3,000m long railway tunnel deep beneath. But climbing higher the quarries disappeared from view. with just some road noise from the A470 remaining. I lost count of the number of lakes and reservoirs on this walk, but the first (and probably least stunning) is Llyn Iwerddon, below Allt Fawr. Like many, this has been dammed to form a reservoir. 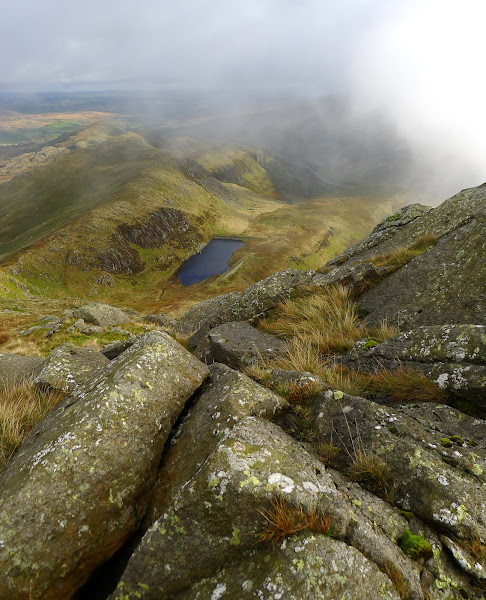 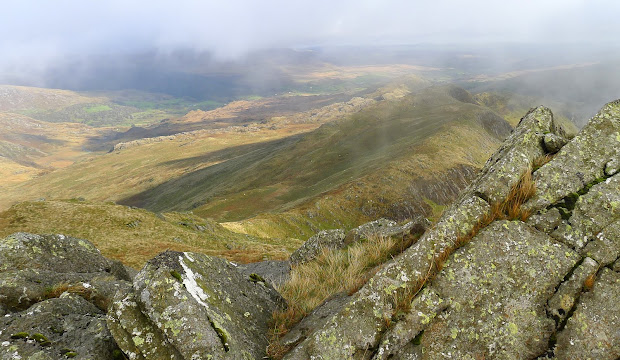 The cloud cover was pretty extensive, and the base was sitting at around 650m for most of the day, just covering the peaks, and hiding the quarries to the south. I headed down out of the cloud, towards the lakes below Moel Drumau. 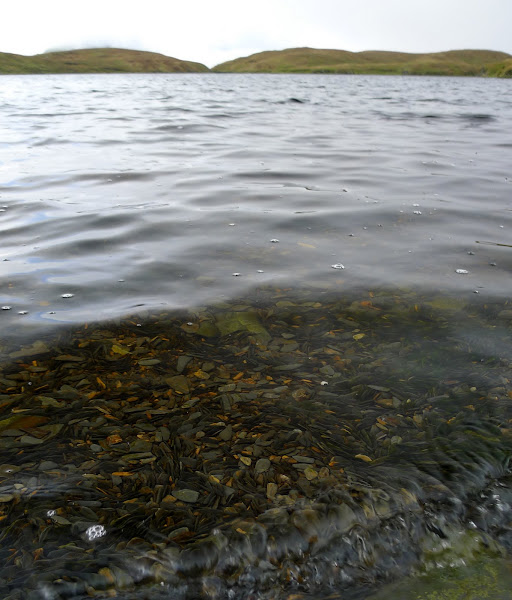 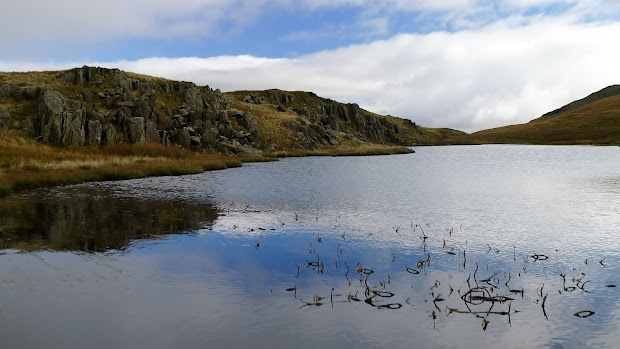 The track shown on the 1:25000 map doesn’t exist on the ground, but the terrain is straightforward and the lakes big enough not to miss. From here, there’s a handy fenceline which you could follow all the way to Carnedd y Cribau, with minor detours to the several peaks of Ysgafell Wen. While it wasn’t raining, there was enough moisture around to make the rocks and grass incredibly slippery, and the ground can feel like a giant boggy sponge in places. After reaching and admiring Llyn Edno, (and a quick bite to eat), I headed down east into the cwm to pick up the path heading to Coed Mawr. Like the paths, streams can irritatingly disappear from the ground even though they’re marked on the map, so matching the terrain to the contours becomes essential. 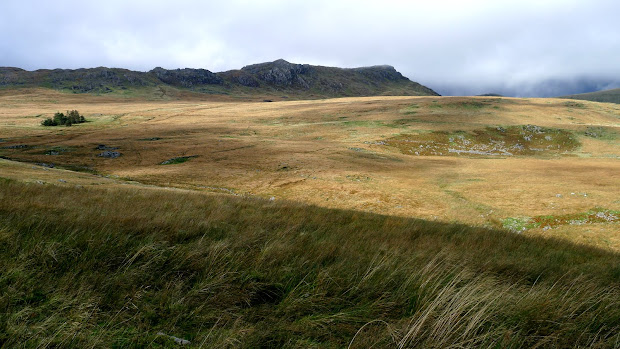 Once there, the path across the valley to Hendre was again a figment of some demented surveyor’s imagination, so a minor diversion was called for. At Hendre, you pass under the railway line in a beautifully constructed tunnel which spits you out onto the  hillside below Moel Dyrnogydd. 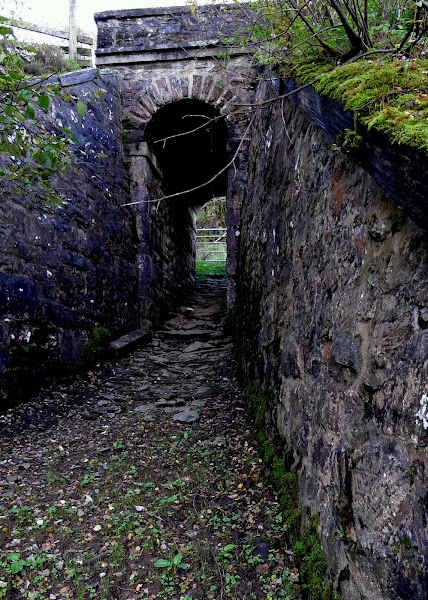 This should have been the home straight now – just a couple of K to the car – except that it’s a 200m climb, through boggy terrain with – once again – an almost total absence of the marked path. Suffice to say expletives were uttered.

2 thoughts on “Don’t forget your gaiters…”