The Elan Valley is a fascinating place from a walker’s perspective – geographically dominated by the huge reservoirs of Claerwen, Craig Goch and Caban Coch and their dams, providing water for Birmingham and the Midlands. The bulk of the land compulsorily purchased is now managed by the Elan Valley Trust, formed in 1989 to encourage public access to the area – The hills here were free to roam long before the CROW act came into force. The trust also maintains a bothy at Claerddu with unheard of luxuries like a flushing toilet and gas lighting.

Only a couple of hills hit the magic 600m mark, but there is a huge expanse of rolling open moorland with hidden lakes and deserted farmhouses to explore. The valleys are really the heartland of Elenydd, beautifully captured in Anthony Griffith’s book and photographs. 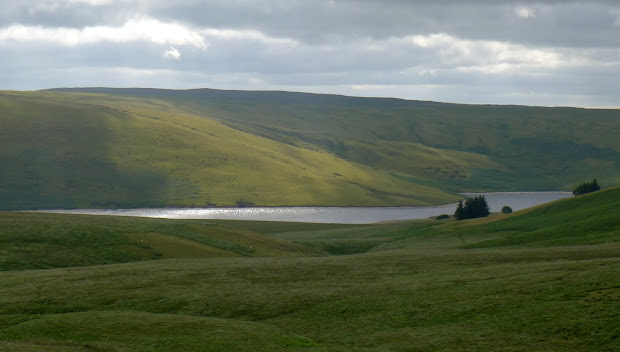 Planning a circular walk isn’t easy here, as the rivers (and reservoirs) can make crossings difficult. Also – despite the open access – there are few paths shown on the map, and as I’d found from a previous visit, many of those don’t exist on the ground. Navigation in poor visibility can be challenging in the extreme.

I’d planned a circular route from the small car park at Pont yr Elan on the mountain road to Aberystwyth that would take me over the hills and down towards Claerwen, returning mostly cross-country to hit the road near the Craig Coch dam. A couple of miles of road walking would complete the loop, but that seemed a small price to pay. 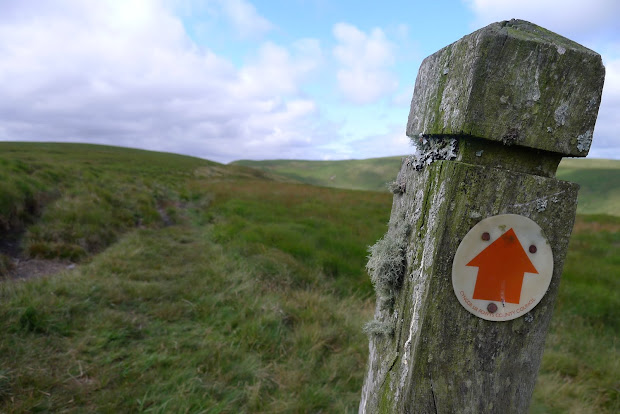 The path I was following is the Monk’s Trod – an ancient road that joins the abbeys of Strata Florida and Abbeycwmhir. Legally it’s a BOAT – A Byway Open to All Traffic, but restriction orders have banned motorized vehicles from it for many years. Just as well, as the bog is so deep in places that you’d need a helicopter to pull out your 4×4. (It’s probably easier just to jump up and down on the roof until the entire vehicle is submerged…)

Despite the restrictions, there are still many places where you can see the damage to the peat from vehicles. 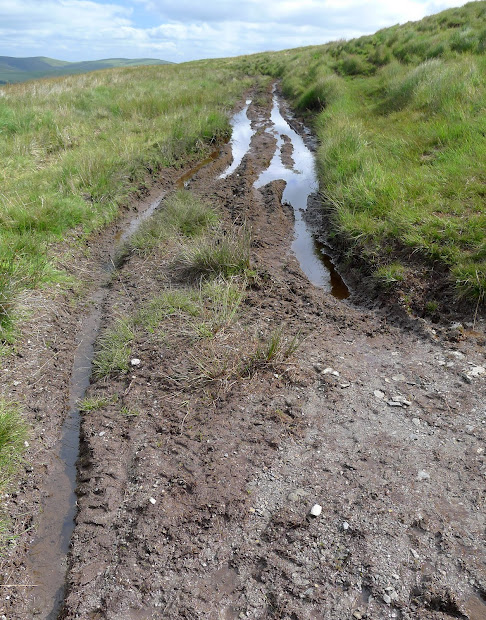 The highlight of the walk was reaching Cerriglywddion – here the continuous sea of moorland and peat is interrupted by two gorgeous lakes, surrounded by small rocky crests and summits. An old farmhouse – boarded and locked – is hidden here too, with every surface smothered in lurid green paint. If you stick to the path, you’d never see it, despite being just a few hundred meters away. 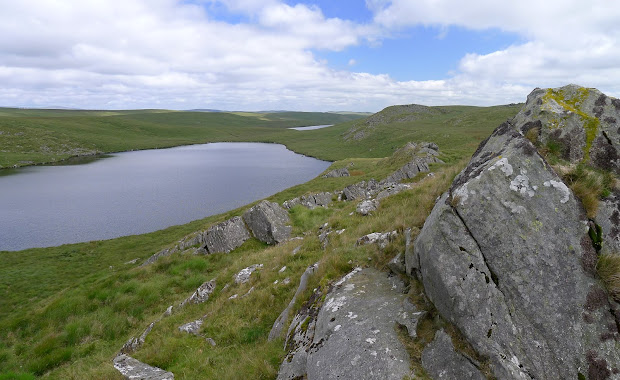 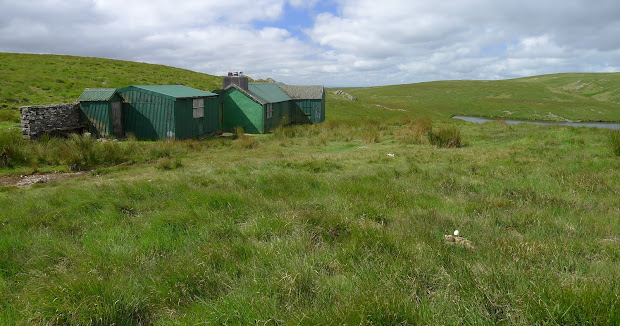 I headed back cross-country, eventually finding a faint quad-bike track from the plateau of Trumau down to the abandoned farm at Lluest aber-caethon. A couple of miles back up the road to the car before a gentle drive home to assemble a trampoline… 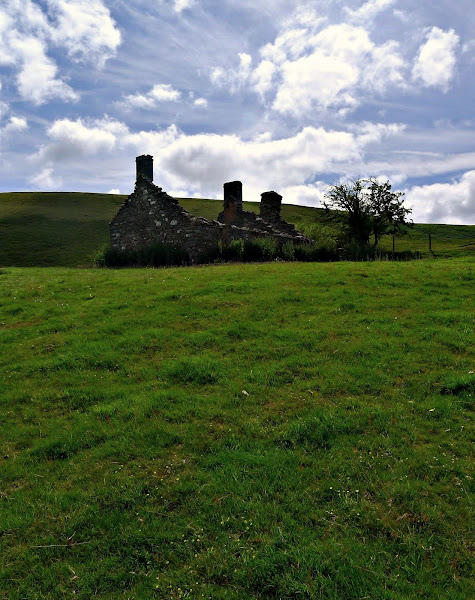