Mynydd Du (the Black Mountain) is at the queiter western end of the Brecon Beacons National Park, and is very different in character to the central Beacons around Pen y Fan. There’s still the amazing red sandstone cliffs of the northern escarpment, but the land further south is much wilder, and rockier. The reason – Limestone. The geology of limestone areas is very distinctive, due to the way that the stone is eroded by rainwater, forming Karst landscapes, often with extensive cave systems.

My walk started from Dan yr Ogof, where there’s a large showcave and various other attractions including, rather surreally, a dinosaur park. However, parking is a reasonable £3 and you can get straight onto the hills without any road work. The weather was baking hot with a gentle breeze, and the sky a brilliant blue as I headed up past a group of Welsh ponies. 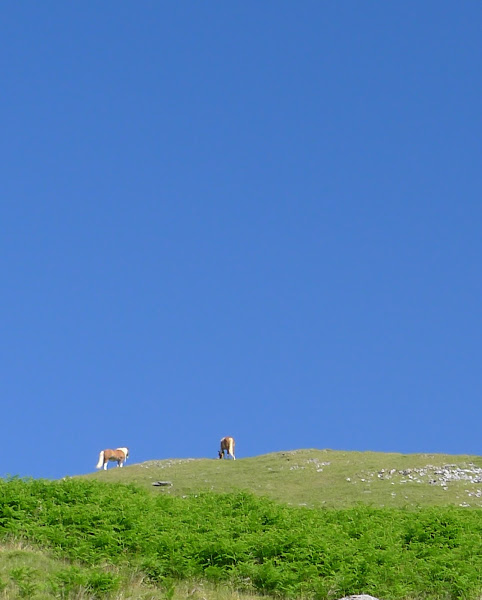 The limestone outcrops and sink holes make for interesting walking – a straight line is rarely an option, and there’s plenty to look at. It’s also a great place to practice navigation skills, but in poor visibility it would be exceptionally challenging. 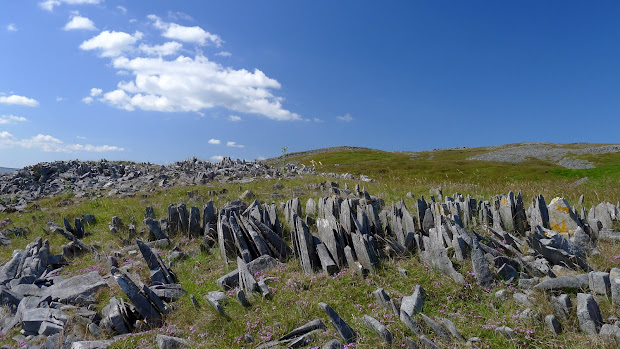 I’d read the story about the MF-509 memorial and wreckage on Carreg Goch, and reckoned that would be a good objective to locate. The memorial cairn was surrounded by many wreaths and crosses, and seeing it and the wreckage in such a remote place was surprisingly moving. It amazes me how aluminium can resist the mountain weather so well for over 65 years. 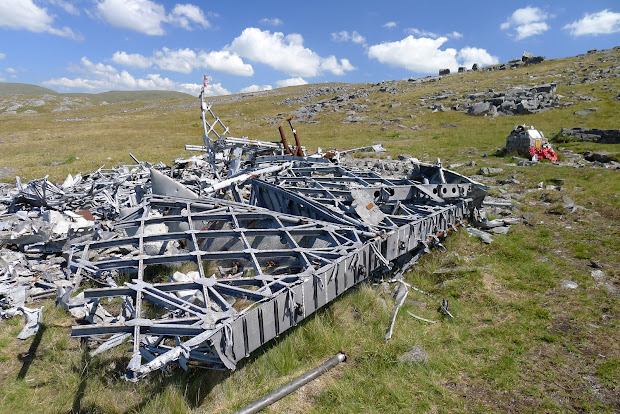 I headed back to join the path which eventually fords the Afon Twrch, before fading out completely. After a stop for lunch it was a hot but straightforward slog up the hillside to Waun Lefrith where the drama of the escarpment is finally visible, with Lyn y Fan Fach far below. 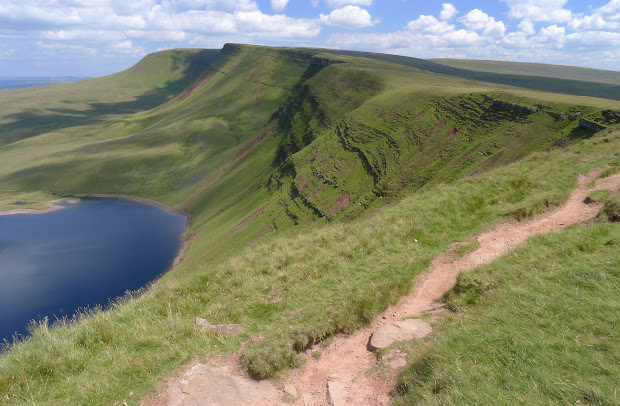 It’s a brilliant and easy walk from here along the escarpment, with one steep pull as you reach the trig point of Fan Brychieniog, which gives great views over to Pen y Fan and the (other) Black Mountains.  I wanted to continue along as much of the Fan Hir ridge as possible, before dropping down to cross the Afon Haffes back towards the start, but this was mostly off path, and I needed to pick the best spot to cross before the river runs into the deepening gorge of Cwm Haffes. I aimed for some meanders just downstream from a waterfall and headed downhill.

About half-way down I saw a flash of red about 100m in front, and was very surprised when realised I’d stumbled on another memorial cairn with a poppy wreath. No dramatic wreckage here, just a handful of rusted metal and molten aluminium, which is all that’s left of Wellington BJ697. 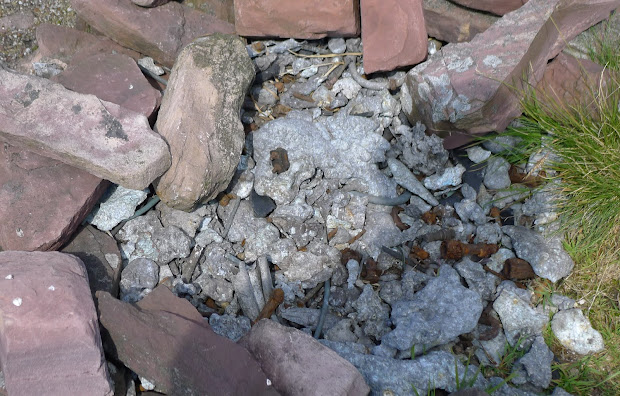 I’ve finally cracked getting a GPX track from my Motorola Defy into the blog. Here’s the day’s route: