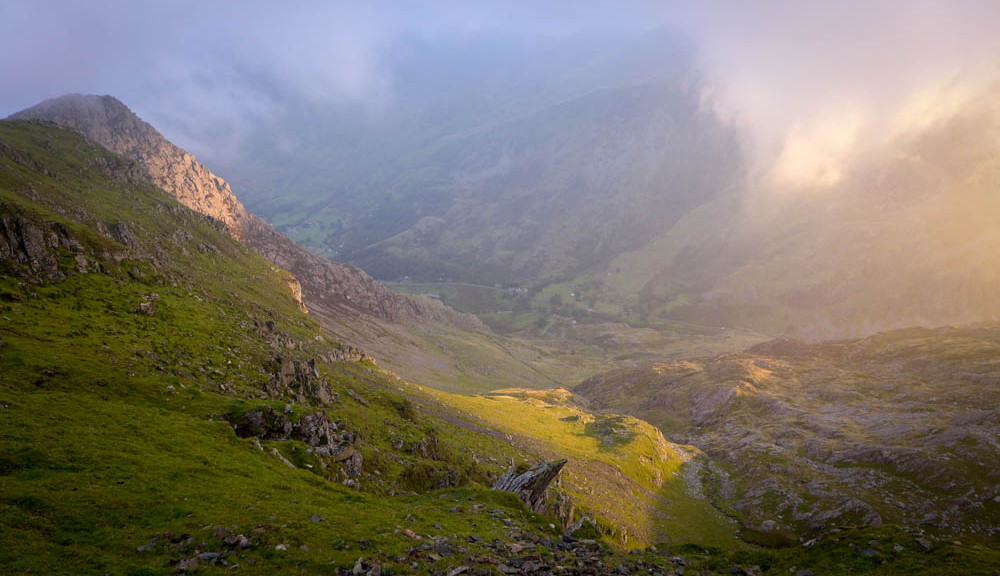 The prospect of an imminent week in Amsterdam made focus on getting out for a day. The forecast was good but the inevitable traffic faff and late departure meant that it was almost 7PM before I got to Llanberis. The late hour meant I was tempted to cancel plans for a wild camp and use the excellent Llwyn Celyn Bach campsite, but the moon was full so I reckoned I’d be well up  the hill before darkness and tiredness struck. 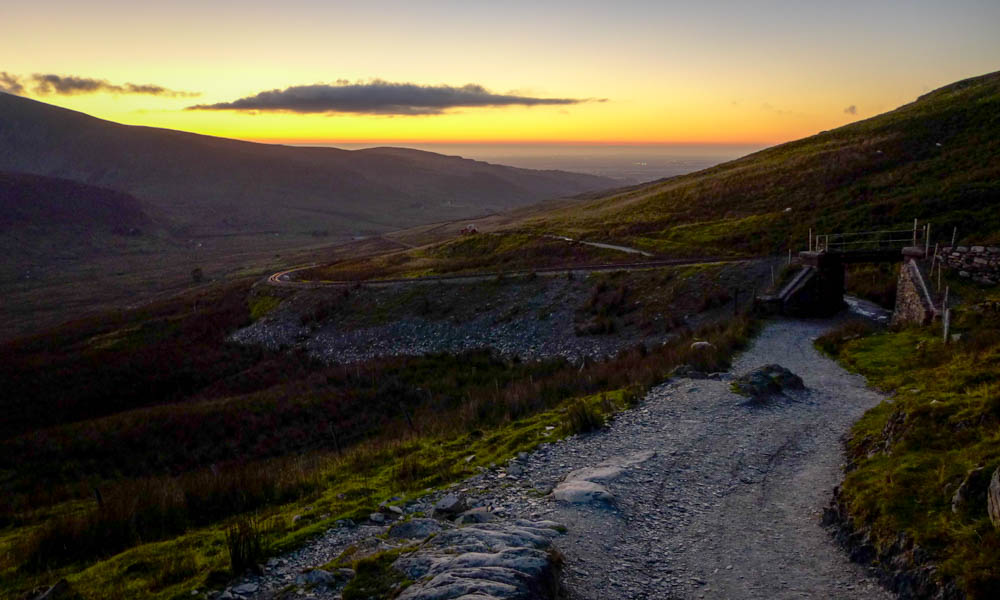 The sun set behind me, casting a deep red glow onto Snowdon as I made my way up the Llanberis path. Just a few folk were still coming down – happy faces after a beautiful day. As the sun went down, the full moon came up, disappearing behind  the cliffs above as I dropped off the path towards Llyn Du’r Arddu. Head torch was needed now for the first time, as I scouted around for a dry, flat and rock-free pitch. One located, it was time for a quick meal before bed.

I woke  briefly at about 2am to find the tent much brighter than  when I’d gone to sleep: the moon was now above the cliffs, illuminating the whole cwm below.  By 0600, it was properly light outside so after admiring the cliffs above I quickly packed up. My initial plan was to cross below the cliffs to the bwlch below Moel Cynghorion, but the weather looked good enough that a diversion to Snowdon summit (hopefully sans crowds) was appealing. 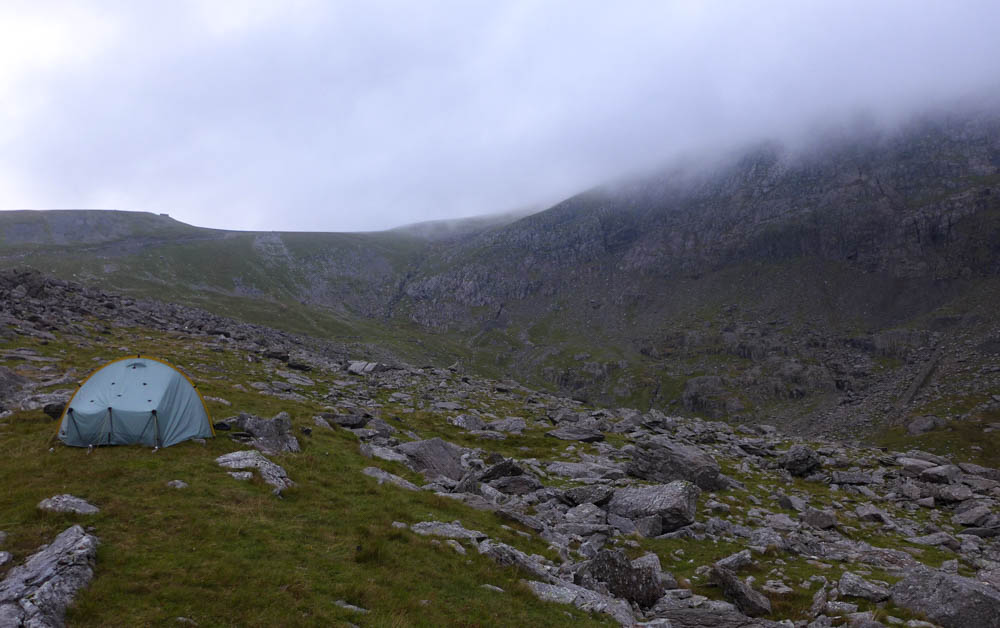 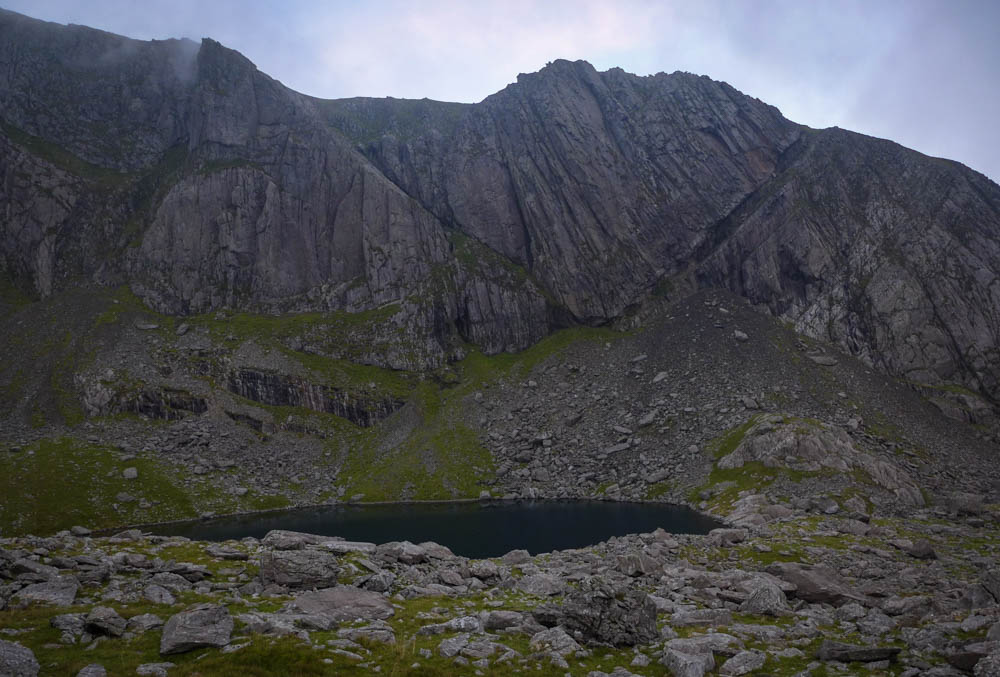 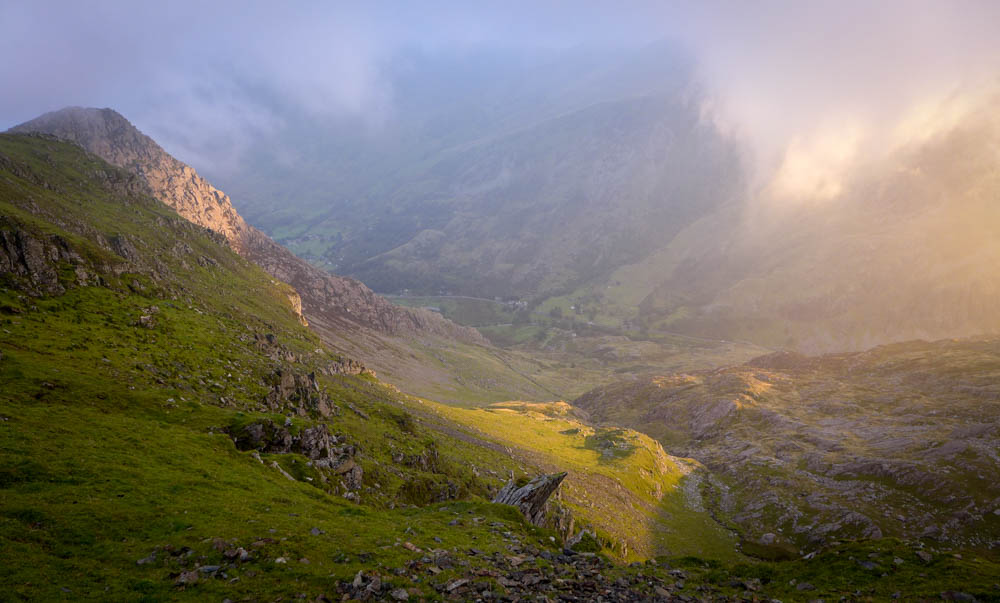 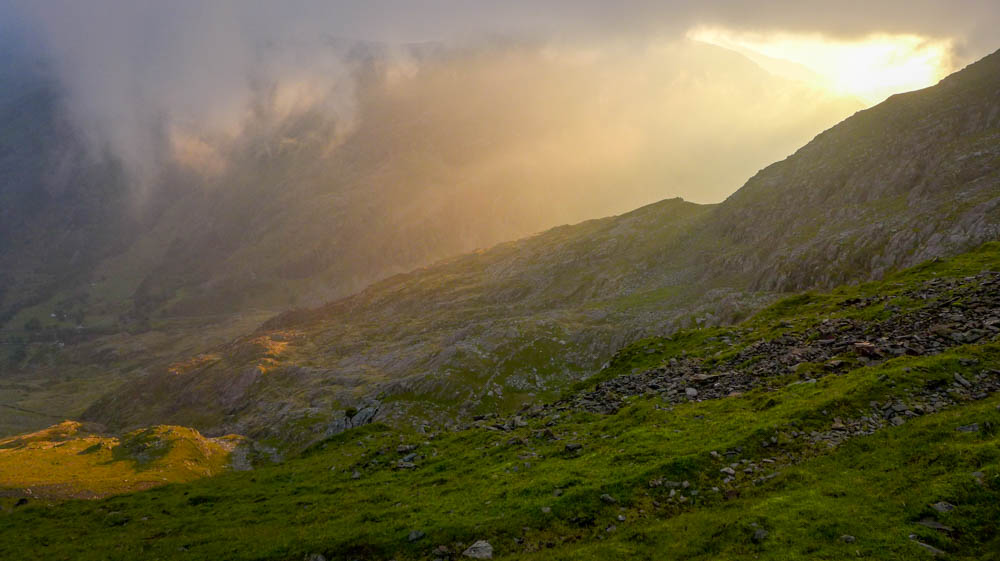 As I neared the summit, my hopes of it being empty were dashed. I could make out a lone figure by the cairn. The views of the cloud bank rolling over Crib Goch, and a sea of cloud below me stretching out to sea were good compensation, though. 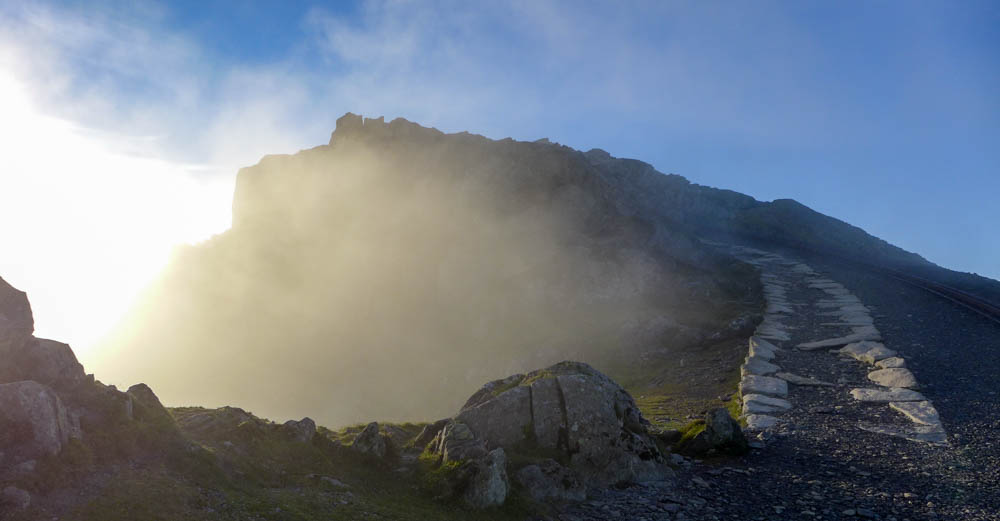 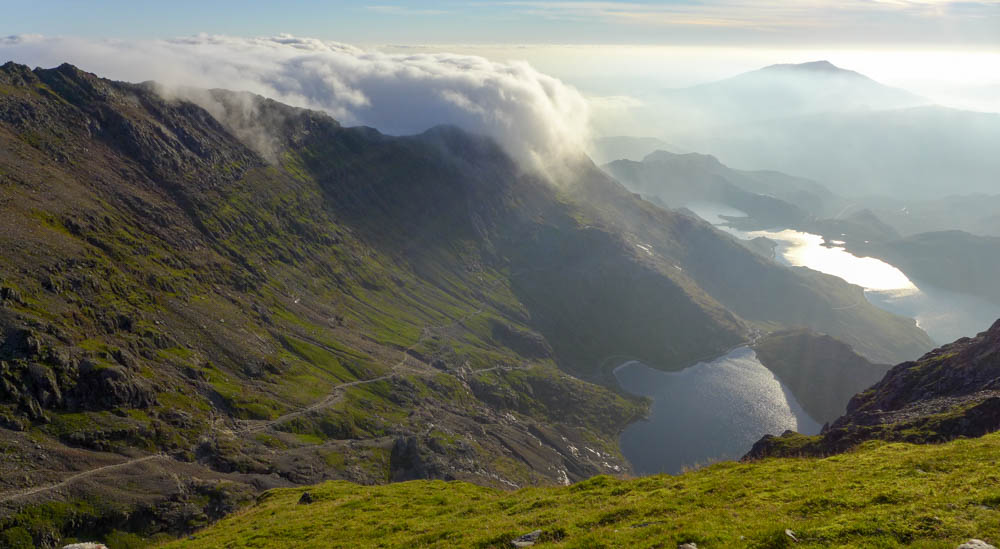 The guy at the summit was  by himself – and seemed cheery enough, asking about the route down to Llanberis. Only then did he drop a bombshell: He’d walked through the night from Pen y Pass for 11 hours (no torch, and no obvious map, and you can guess the footwear), and he had two mates somewhere below on the steep screes at the top of the Watkin path. They’d had enough, and had called Mountain Rescue – and a helicopter was on the way.

On cue, Rescue 122 flew in over the cloud from Valley, and winched up the two below.  By chance, an ex-NEWSAR leader had arrived at the summit with some clients, and he led the third guy back down, while the Sea King headed off with his mates. 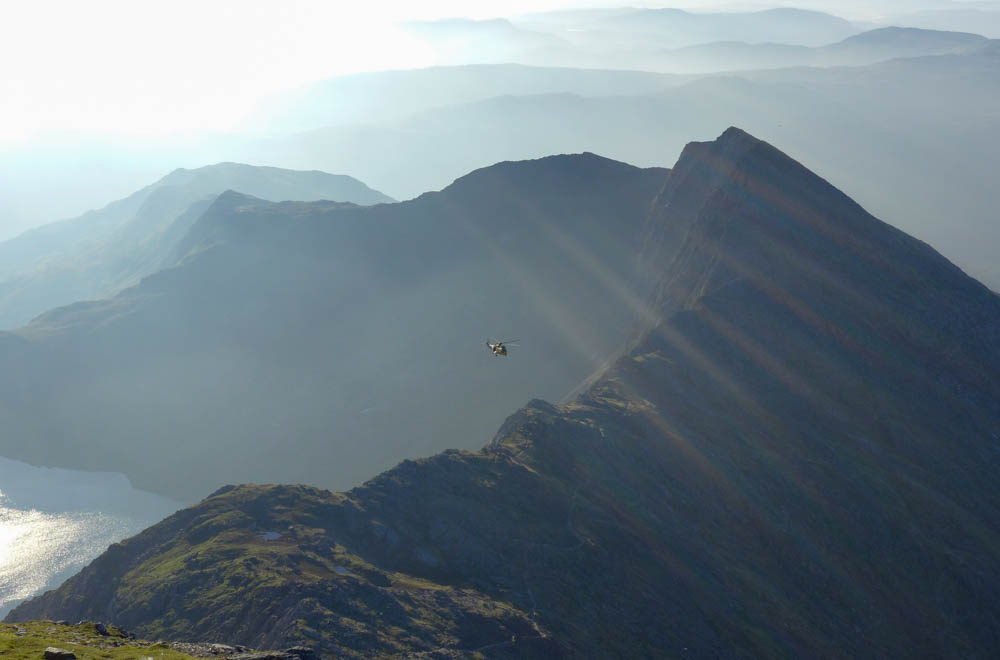 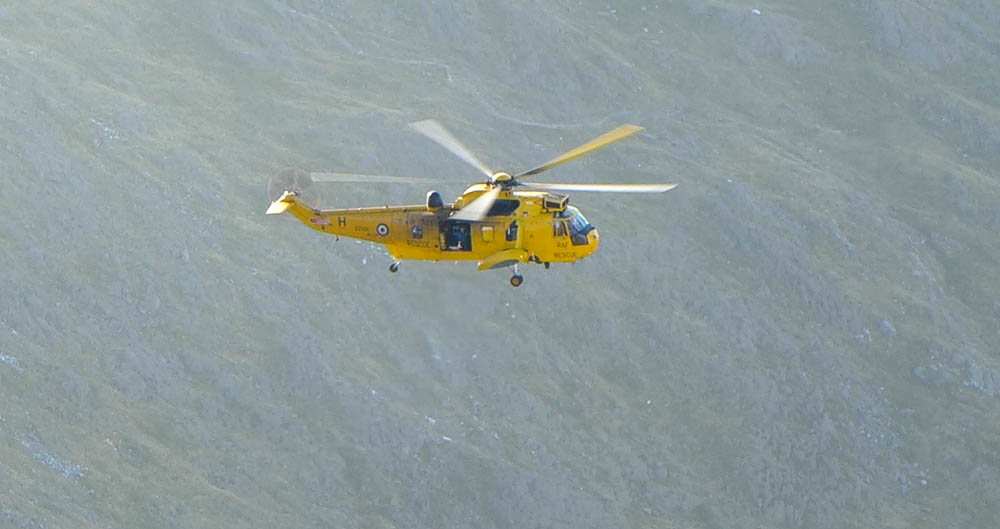 Peace at last. I had the summit to myself for a good 15 minutes, before the first two trains of the day (first one: cafe staff; second one: water!) arrived. 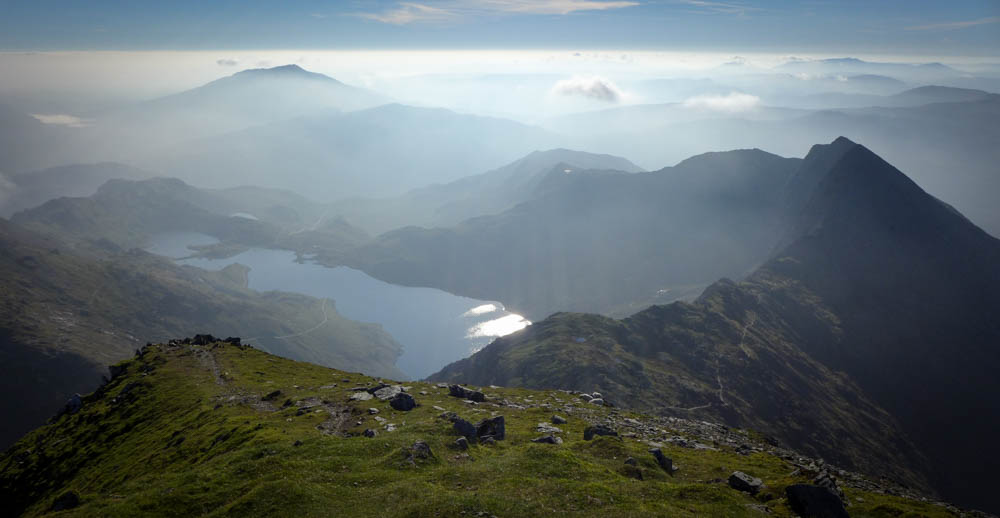 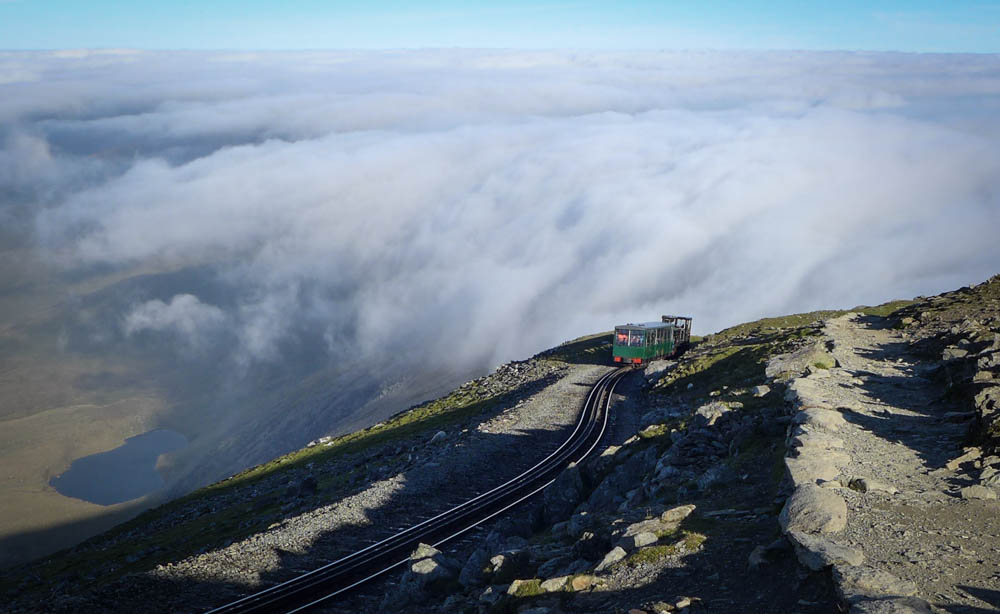 The rest of the day was less eventful: Down the Snowdon Ranger path, with my shadow  surrounded by a solar glory. The angle was never quite right for a full Brocken Spectre. 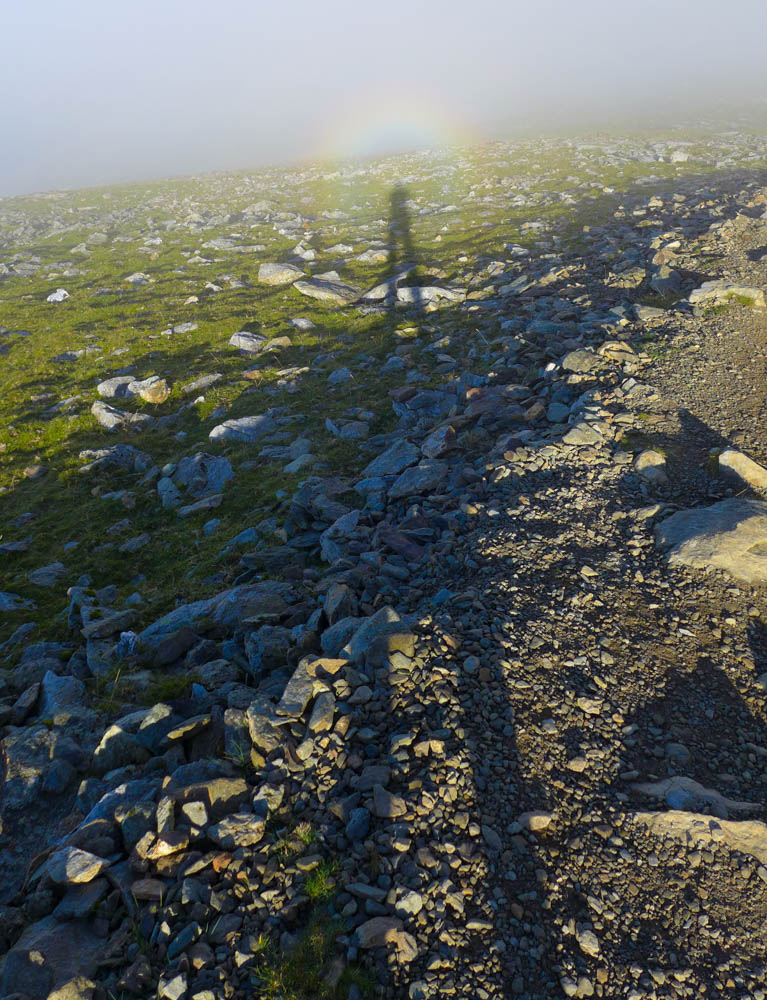 A brief diversion to the top of the Clogwyn Du’r Arddu cliffs allowed me to look down to last night’s camping spot,  then up over Moel Cynghorion (tick!) and Fron Goch, (tick!!)  with a pause to watch ravens and (I think?) a peregrine falcon soaring over the cliffs. 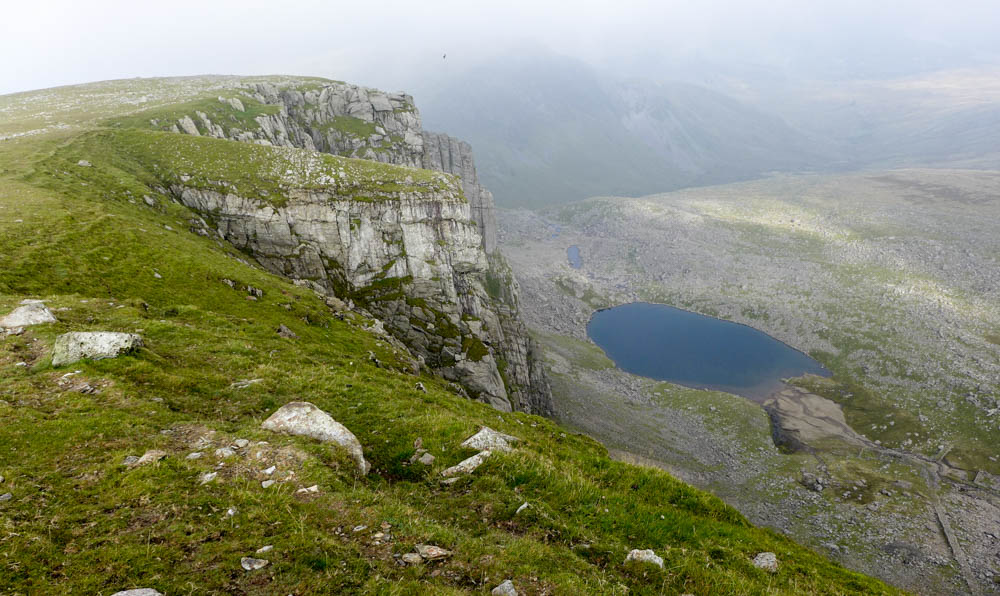 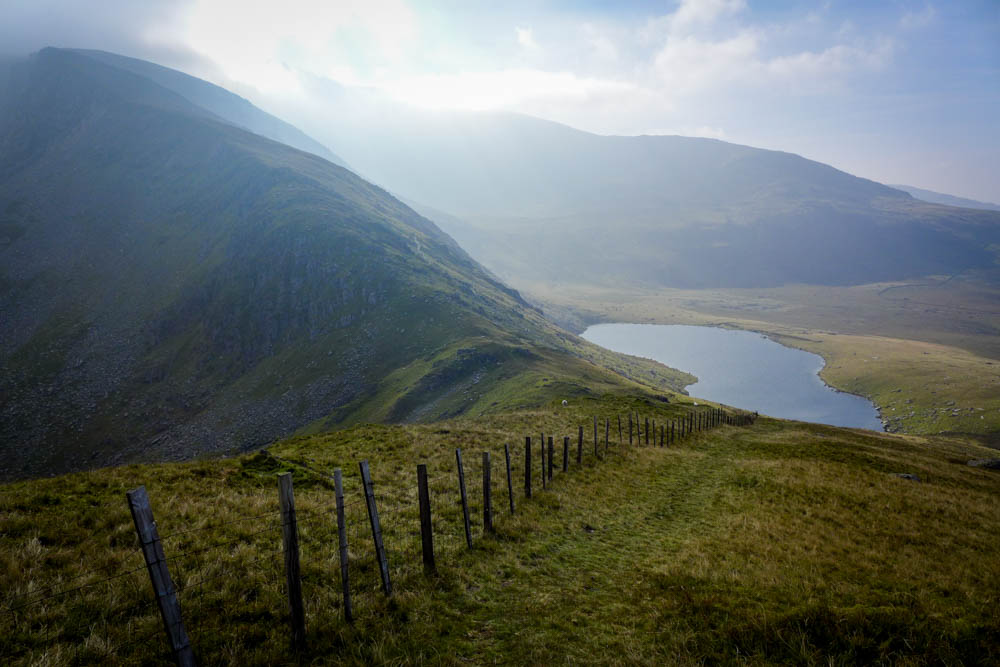 Finally, onwards to Moel Eilio (tick!!!) in the sun, and back to the car via the maze of little lanes and fields above Llanberis. 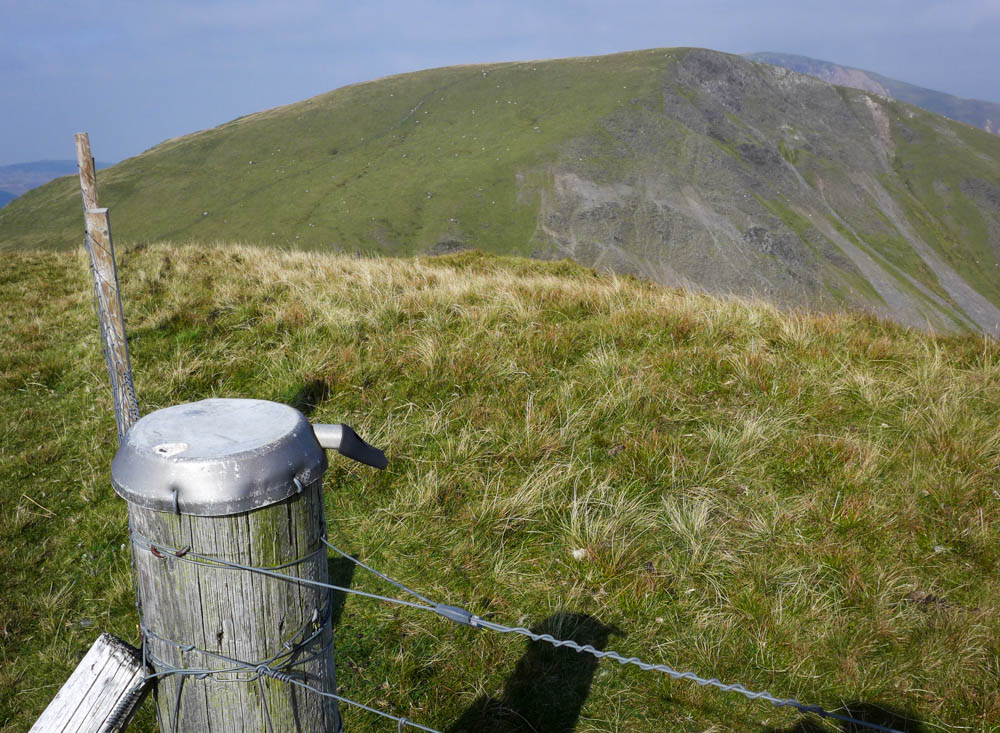 One thought on “Overnight on Snowdon”