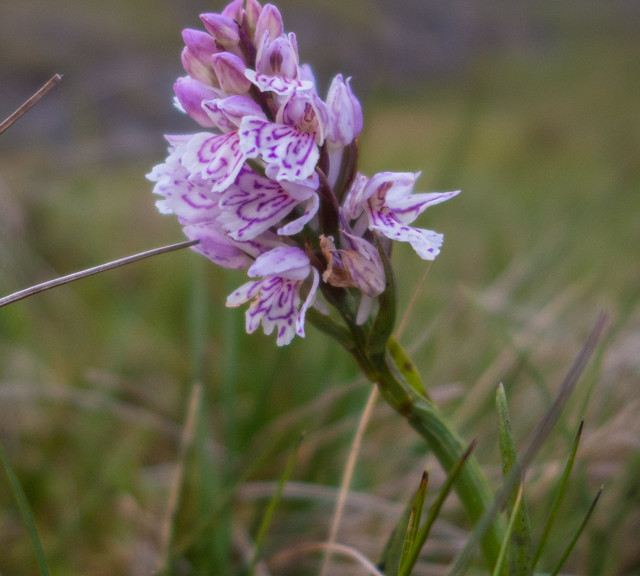 The night had been dry and warm, and the sun was brightening the interior of the tent well before 5. I made some coffee and watched the sun breaking through the clouds. 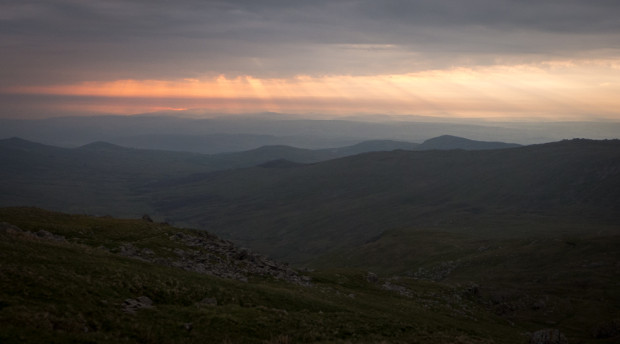 With the gear packed, I made my way upwards, following the course of the streams that run into Dulyn. This turned out to be inspired, as there was plenty of plant and bird life to look for. In the space of about 100m I’d found a Heath Spotted Orchid, a ‘colony’ of Butterwort, Starry Saxifrage mixed among profusions of an as-yet-unidentified short, smallish five-petaled yellow flower growing in the wettest patches. Marsh Marigold, maybe? 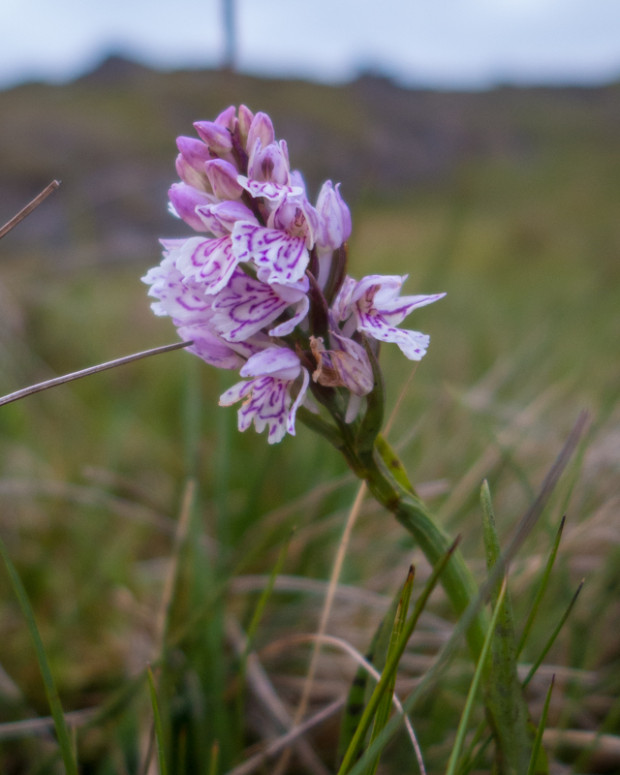 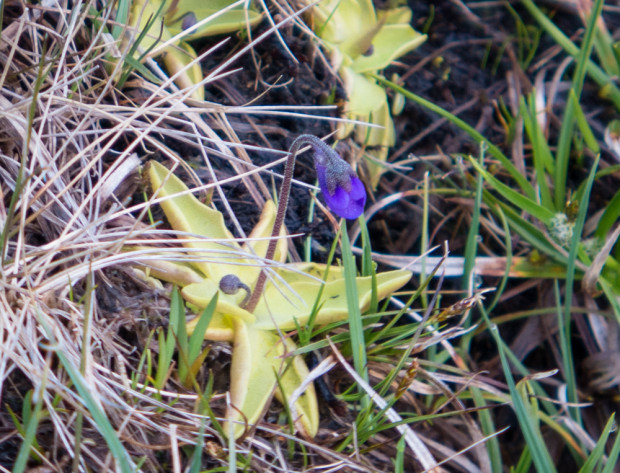 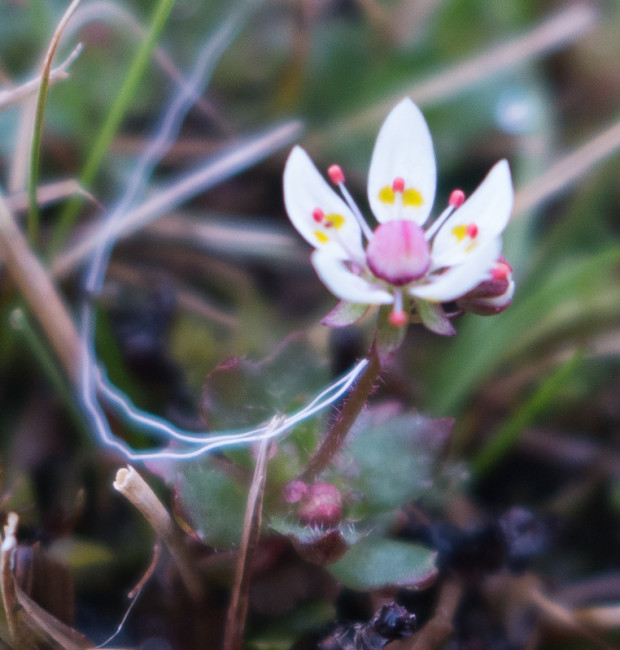 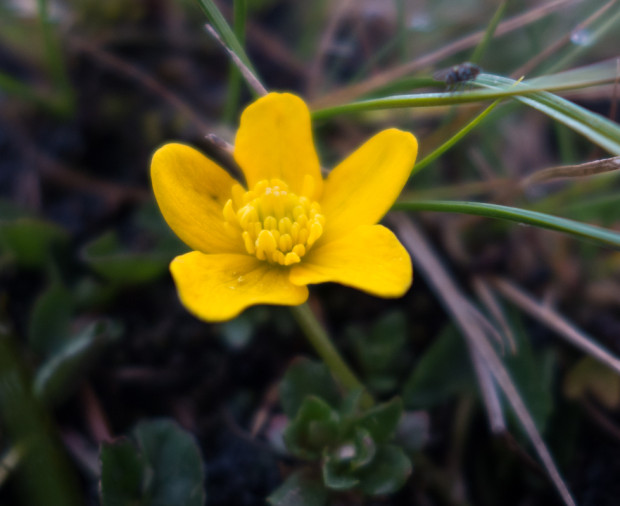 Once on the ridge, I bypassed Carnedd Gwenllian, going on towards the Berau. Bera Bach’s summit is easy to reach, but Bera Mawr’s needs a little simple scrambling to reach the top. The Cwm below was full of cloud, threatening to spill out over the plateau. The cloudbase above was also lowering – Foel Grach’s summit was now well hidden, so I was keeping a careful eye on the weather. 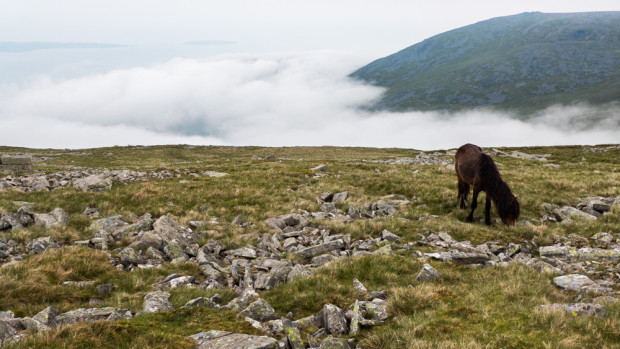 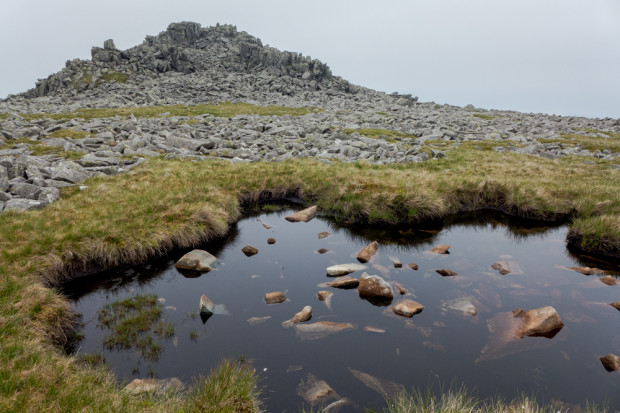 I walked to the N of Yr Aryg and Carnedd Gwenllian, aiming to intercept the main ridge path to Foel Fras. As I climbed, the visibility dropped, and I was glad to reach the stony path running up the spine of the hills. I followed the path on until it met the fence corner, which gave me a good navigational fix. The summit of Foel Fras was in the cloud now so I continued on towards Drum.

Carneddau ponies were about everywhere – so many I lost count. They’d taken a hammering in the late April snows, and having seen only two the previous day, I was initially worried just how few had survived. But many of the mares looked like they were in foal, so hopefully the numbers will bounce back quickly. 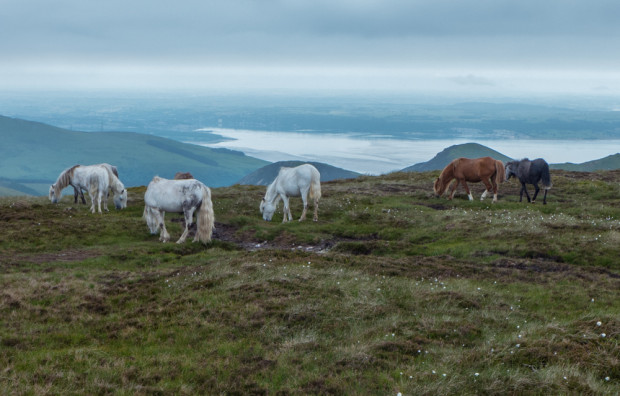 From here, the sun broke through again stronger, giving an easy and fast descent to the car by the Roman Road below Tal Y Fan.